Bath is known as being a city that has produced numerous famous faces, from actors and actresses through to painters and authors. It is a thriving city, with many people looking to move into the area. Estate Agents Bath pritchards-bath help couples and families alike in finding their perfect home.

One person who was born and lived in Bath is Arnold Ridley. The name might not be instantly recognisable, but he was the actor who played Private Godfrey in the TV series Dad’s Army. Ridley was born in 1896 in the Walcot area of Bath. He went to the Bath City secondary school before moving onto the University of Bristol where he undertook studies in their education department. He later became a teacher in an elementary school in the Bristol area. 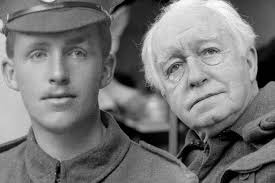 William Arnold Ridley went on to serve in the army during the First World War and he sustained awful wounds on the Somme and as a result he could hardly use his left hand at all. He also had lots of shrapnel lodged in his legs and received a head injury that caused him to suffer from blackouts. All of these injuries resulted in him being discharged from the army on medical grounds and he left the service in 1916. Ridley also saw active service during the Second World War and was again discharged due to medical reasons in early 1940. After leaving the army he joined his local Home Guard an drew on these experiences for his role of Private Godfrey in Dad’s Army.

Read More  The many types of flooring

Ridley began acting and writing after his discharge from the First World War and wrote numerous plays and also starred in programmes such as The Archers and Crossroads. It was in 1968 that he started to become more recognised as he played the role of the beloved Private Godfrey in the Home Guard series. As a result of his extensive work in theatres he was awarded an OBE in 1982. 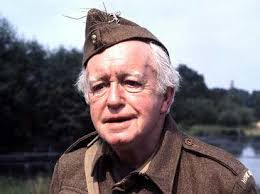 The character of Private Godfrey was a very quiet unassuming gentleman who had obviously seen active service but was very quiet about what he had done. Unlike the more boastful Captain Manwaring and Corporal Jones. He was the platoons first aider and was often the one left lagging behind during their manoeuvres and training. He was often spoken to quite harshly by the Captain, but it is a much beloved member of the group.

He died in 1984 and is buried in the Bath Abbey Cemetery along with his parents.