What is RAM memory? How does RAM work?

These are the two questions to which we will find an answer in the RAM memory guide that has prepared especially for you!

The RAM (Random Access Memory) is a type of volatile memory with random access that allows, in fact, to access directly to each memory address with the same times.

The RAM has a very important role in a computer as it manages the performance of the computing system with the CPU in charge of preparing and implementing the instructions in RAM.

The RAM is used in modern PC as a primary memories. They have the characteristic to contain data only when they are powered: therefore, when the PC is turned off, the memories will be emptied.

We could imagine a RAM bank as a temporary receptacle for the data that our machine needs at that moment.

RAM Memory: What is ram and how it works?

After a general introduction concerning the RAM memory, we would like to go specifically analyzing in depth the functioning of this memory, also in relation to the other hardware components.

Inevitably, as already seen in the epigraph, the guide will be technical in nature, but my commitment is to make it as clear as possible even for inexperienced people. 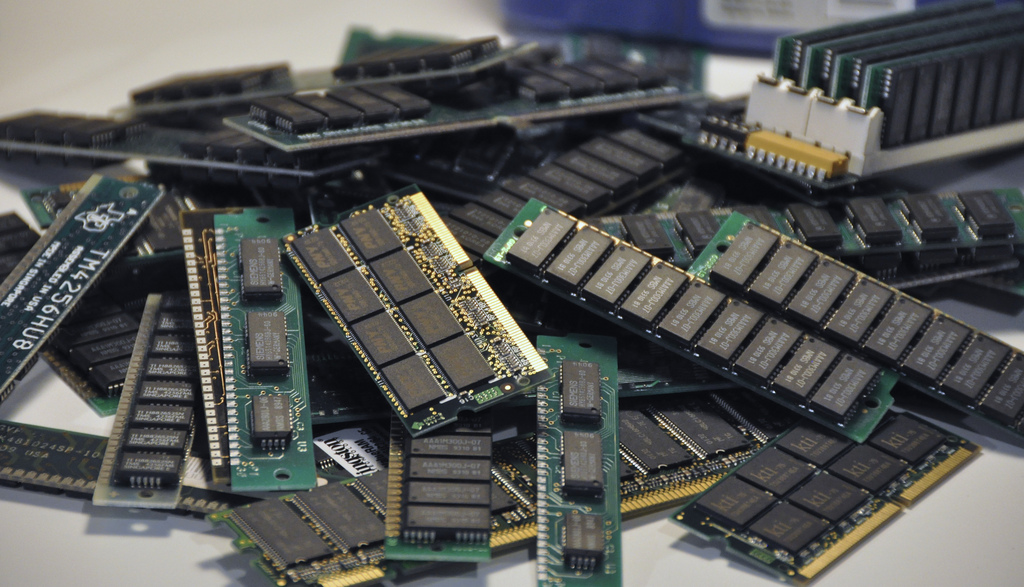 RAM and CPU: How do they work?

How come RAM memories are so very different from hard disk memories or ROM (read only memory) memories?

RAM memory is a component designed to be in close contact with the CPU which, as we know, is one of the fastest components (together with the GPU).

If the data exchange should take place between a normal  Hard Disk and the  processor, the latter would be castrated by the so-called “bottleneck” effect that describes the behavior of a powerful component inserted in a machine with other components not at the height of the before.

In other words, since the CPU is very fast, if you put it in relation to the slow RAM memories, the processor should “wait” the memories decreasing its execution speed because they are not able to support the load.

For this reason, RAM memories were born with the aim of speeding up the systems with very short writing and reading rhythms.

Recall again that unlike the hard disk memories these are empty when they are not powered.

The common thought believes that increasing the quantity of RAM you have more power. Is this true or is it just an urban legend?

There is a bottom of truth in these rumors: in fact, increasing the amount of  RAM can certainly help a machine to work better, but we must not take into account only how much gigabyte are added, but also the characteristics of the banks.

Obviously certain models of motherboards can support (and are compatible with) certain frequencies of RAM, so be careful when choosing products.

Similarly it happens for processors. Even these can only support certain types of RAM with their relative frequencies!

The latency plays an important role in the performance of a RAM. We explain in detail how it affects the speed of RAM!

The latency is the delay between the instant at which a read request signal and the time at which the data is forwarded is ready for output.

Obviously, the latency will be lower and the memories will be more powerful. The term CL is usually used to measure this value in timing.

For example, if we found two similar memories on a shop and in the first we saw written between the CL14 characteristics while in the second CL16, this would mean that the first one is better than the second one from this point of view. 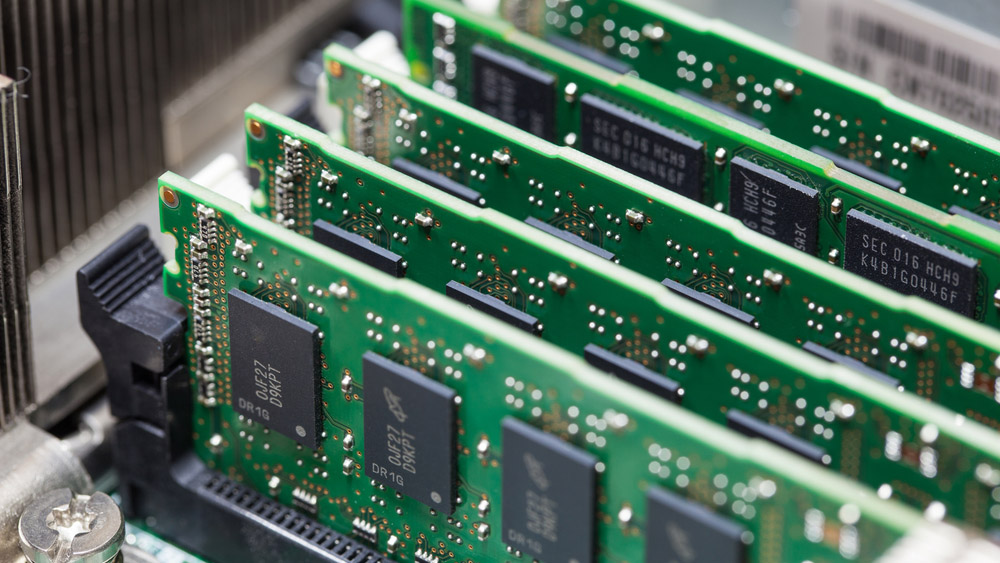 Similarly to the latency we have just discussed, this is also a term that can be found in the technical specifications of RAM memories, but what does this mean?

The ECC RAM memories are specific memory modules that provide, through appropriate systems, to trace and repair errors contained and stored in memory.

If you are among the most geeks, you will probably have happened on certain occasions to find yourself in front of an unpleasant screen known as  blue screen; these  ECC (Error  Correction  Code) memories are slightly slower than normal, but should minimize the risk of falling into these unpleasant situations.

They are usually used more on workstations than on normal desktop PCs, but this does not mean that they cannot be used even on very normal builds. The aim is to ensure, in fact, a general stability of the machine.

Let’s now go instead to see the two types of modules most used and present on the market nowadays!

The former is known as DIMM and includes all those RAM memories for fixed PCs that are among the best sold on online shops.

While the SODIMMs are rather small and therefore are RAM memories for laptops or for mini-ATX builds (remember that ATX is the most widespread compatibility standard).

Beyond these two types of RAM memories there are many others of minor importance including:  DIP, SIPP, SIMM etc.

What does DDR mean?

You’ve probably heard about the DDR3 RAM memories or the latest DDR4. But what does DDR mean? Let’s see it now!

DDR stands for Double Data Rate. These memories are the most widespread standard on the market and are the sequel of the SDR (Single Data Rate), unlike which they can double the performances and the frequency.

This is the reason why, if you go to check the speed of the RAM, it will be halved. In fact, to have the actual speed, just double the value you will see.

Obviously the DDR modules will be different depending on whether they are DDR2, DDR3 or DDR4 memories because in each of them the pin to be housed in the motherboard slot will be different. As a result, you cannot insert DDR 2 memories in a mobo (motherboard) with support for DDR, DDR3, DDR4 and so on. 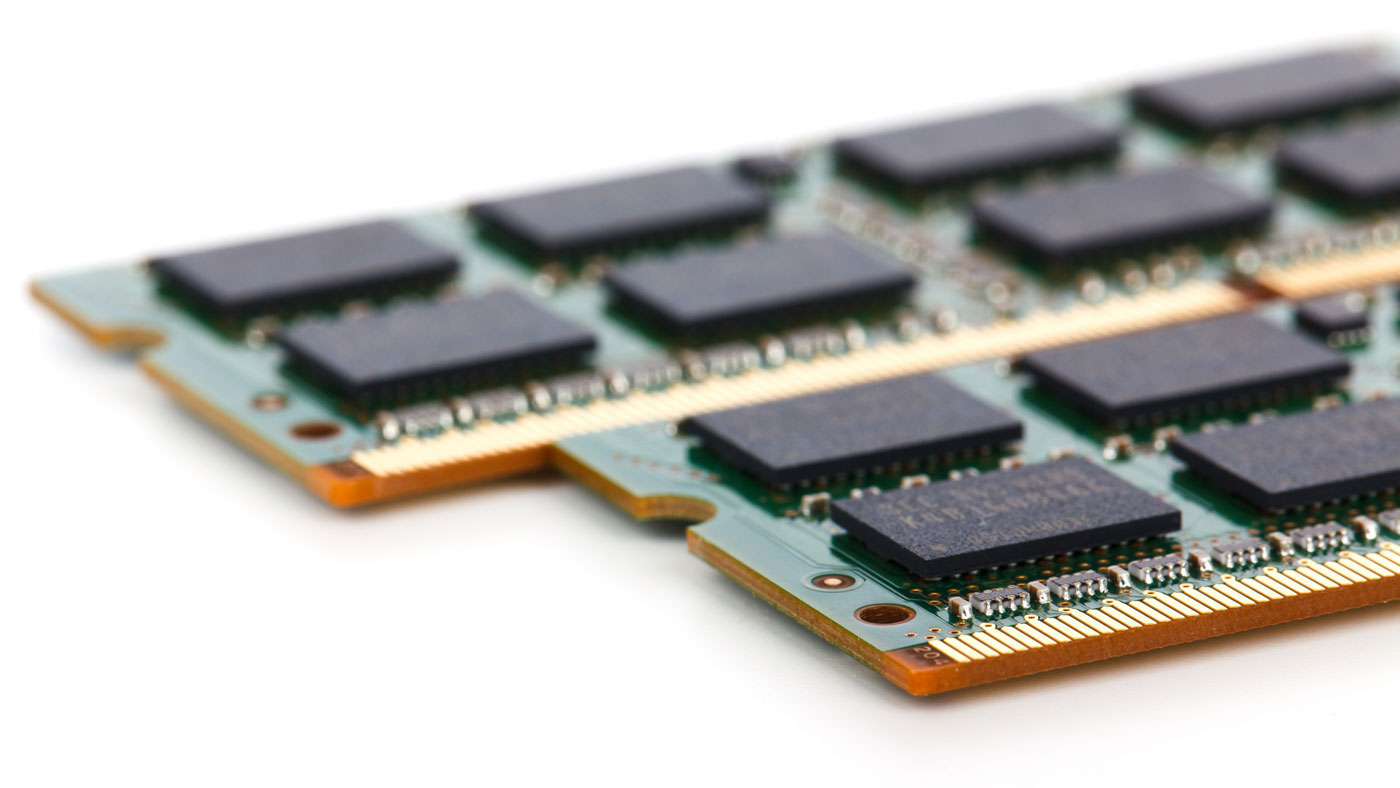 Dual channel, triple channel, quad channel: What is it?

The XMP (Extreme Memory Profile) is a technology designed by Intel that allows you to “squeeze” the memories for better performance without doing any kind of overclocking. This option, like the one that will follow, must be activated by the BIOS.

The AMD counterparty, which performs the same function, carries the name of AMP.

How much memory do I need?

If you are going to assemble a PC and you do not know how much RAM you need, reading this paragraph could help you in your choice!

Before making purchases, always remember that the expense you are about to perform must be proportionate to the use you will make of your PC.

If it is an office pc, you can even settle for 4 GB even if the minimum now advisable is 8 GB.

If yours is a gaming PC, it is advisable to have at least 8 GB of RAM, not less.

If instead you think of using the computer for photo – editing programs, three-dimensional modeling (and anything else related to the graphics), then at least 16 GB of memory may be useful.

Curiosity: Did you know that even RAM memories could be liquid cooled? Well yes…

RAM Memory DDR3: Which to choose?

Now let’s see what are the best RAM memories on the market by price range, evaluating the technical specifications and the quality / price ratio. 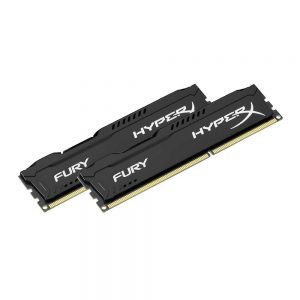 The RAM HyperX Fury of Kingston are good and reliable. In this case, the modules are DDR3for those who have not yet upgraded to a motherboard with ddr4 memory.

They are available in different colors:  blue, red, black and white.

They have two 4 GB banks in order to take full advantage of the dual channel technology.

Obviously they are compatible with Intel and AMD platforms. 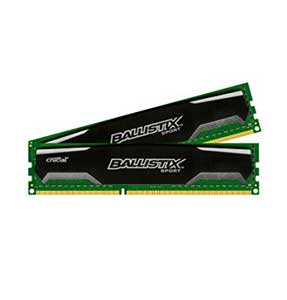 Remaining always on the DDR3 ram memories, we present a bundle of Ballistix with two banks of 8 GB for a total, therefore, of 16 GB divided into two slots.

We preferred to offer this product rather than the rival Corsair or Kingston since it has a lower price and has almost the same specifications.

These are RAM of excellent quality, very valid and reliable.

DDR4 RAM memories: Which ones to choose?

Let’s open the dance now instead with Corsair as regards the DDR4 RAM memories!

The Corsair Vengeance LPX are really amazing: they have a satisfactory latency, a good frequency (2133 MHz) that for a DDR4 RAM is more than enough (of course there will also be 3200 MHz banks at a higher cost).

The color that we have chosen is the red and the model, as many of you already know is Vengeance.

Also in this case the banks are two 4 GB to take advantage of the dual channel. 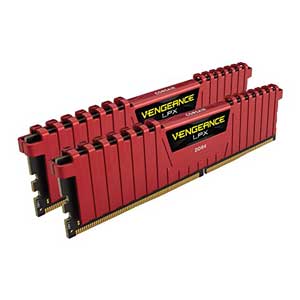 Staying at home Corsair will have the opportunity to embrace such fantastic memories RAM to 16 GB with a frequency of 2800 MHz.

We have chosen a higher frequency because those who buy 16GB of RAM are generally not satisfied with the lowest frequencies.

The product is even present with the frequency of 3200 MHz.

RAM memory for MAC: Which one to choose?

If what you are looking for are RAM memories for MAC then those that I propose below should really do for you, always for compatibility reasons that should not be underestimated.

In fact, before buying, it is advised to check on the site the type of memory and the speed of RAM memory mounted by your Mac. In this regard, I recommend you also a deepening on Apple computers as opposed to the classic Windows PC. 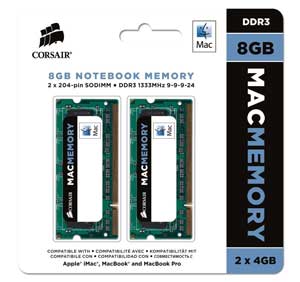 The first ones I would like to recommend are produced, once again, by Corsair, and are 8 GB.

Compatibility is assured with all Apple products:  MacBook, MacBook Pro and iMac.

These are still SODIMM memories with 204 pins but in this case specially designed for the apple platform.

These memories can however also be used on the most common laptops that require SODIMM memories. 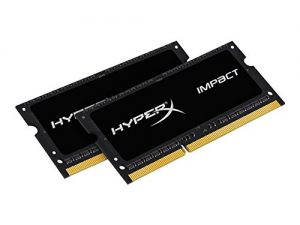 In this case we have a 16 GB product divided into two 8GB banks with CL9 latency.

The product is also very aesthetically treated unlike the direct rivals (such as Crucial) of which you can find memories with the same characteristics to a few euro less at the expense, however, aesthetics (not of fundamental importance for laptops).

These RAM memories require a voltage of 1.35 V.

An interesting feature of the Impact is the automatic overclock up to 2133 MHz that can be useful for the less experienced.

RAM memory: Which one to choose?

The guide on the functioning of the RAM memory has been written by us especially for you!

We explained the behavior of RAM, its role and its features within the PC.

For each question or consideration you can comment below, the staff will be prompt in answering you!