Wonderful men and women from our history, pioneers in the medical field, who through their research and bravery conducted experiments and found vital answers and medications to cure terrible diseases that plagued the ordinary population. Wonderful people like Edward Jenner, Louis Pasteur, Florence Nightingale and Elizabeth Blackwell, names that have gone down in the register of fame for the tireless work they carried out in the field of medical science. Carrying out experiments even using themselves as guinea pigs, these brave men and women brought to the civilised world, a vaccination for smallpox, courtesy of Edward Jenner in 1796, and a vaccine for Rabies from Louis Pasteur. 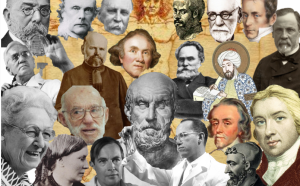 Florence Nightingale, who single handedly started the professional education of nurses and brought into practice the sanitary nursing units, the call bell system and dumbwaiters.  If only these forward thinking pioneers had access to all the Bridging Studies and resources from companies like http://www.richmondpharmacology.com/specialist-services/bridging-studies think what they would have been able to achieve then!  Elizabeth Blackwell born on the third of February 1821 in Bristol England, became the very first female physician in the United States. Elizabeth and her sister Emily founded the Infirmary for women and children in New York. They both played a very influential part in educating young girls in the field of science.  Edward Jenner, born in Berkeley, England, in 1749 was really the first pioneer of the term vaccine and he succeeded in the development of the smallpox vaccination.  He was often referred to as “The Father of Immunology” and his research alone saved thousands of lives. 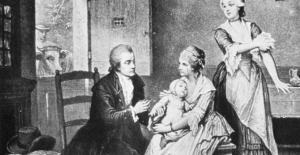 Florence Nightingale was born on the 12th of May in Florence Italy, she came to prominence during the Crimean War where she put her cleaning regime into place and saved the lives of the injured soldiers by sanitising her implements thoroughly and keeping hygiene standards high.  Her name became associated with the endearing term “The Lady with The Lamp” as she would walk her rounds, treating the sick and dying carrying a traditional lamp. Louis Pasteur was born on December the 27th in Dole, France. It was his remarkable research that led the way in a clearer understanding of the causes and preventions of contagious diseases. It was Pasteur’s work that saved millions of lives through the creation of the vaccines for both rabies and anthrax. Without these brave men and women and their devotion to the field of medical science we would be in a far less advanced situation than we are today.