Go back some 60, 70 years and men’s fashions were pretty much all the same.  You would have a fine suit for Sunday Best and you would have work clothes or office clothes depending on whether you were white collar or blue collar worker.  There was little time for leisure activities as most of the time was spent either at work or at home with the family.  What has changed to make modern Men more interested in fashion and certainly own more outfits than their predecessors?  For example the sudden rise of Calvin Klein menswear available from EJ Menswear could be attributed to this modern phenomena. 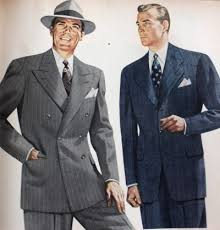 The simple reason is that we now have more leisure time.  This is not the only reason, another is that men simply want to look better than their Fathers and  Grandfathers before them,although it seems that this new trend is rubbing off on the older generation as well.  After the Second World War the 1940s began to see a wave of optimism that translated itself into men’s fashions as well as the wider world.  As the role of work changed and teenagers began to take better paid jobs to replace the workforce that was either still in the army or left behind in Europe they suddenly found they had more disposable income and did not have to make the same choices that their Dad’s had done before them. 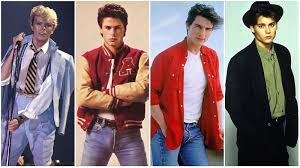 The Liberal attitudes of the 1960s also played into this.  It was suddenly fine for men to think about wearing patterns and bright colours.  This optimism has certainly dissipated but men’s fashions have taken on a more aspirational feel.  They are now more of an indication of wealth or a desire to be noticed.