As a society we have made many advancements both in technological terms and in the way that we work as a society. We are becoming an ageing population thanks to the medical research that has taken place over the centuries. Being more and more aware of the importance of staying healthy into retirement has led us to increase our life spans. This of course brings about new issues, such as the ways in which we look after the elderly and finding provisions for them. Of course we have many more options nowadays for how care of the elderly is undertaken, including care homes, private housing and Live in Care Devon companies that provide carers in the individuals own home, meaning they can stay in their family homes for as long as they wish. 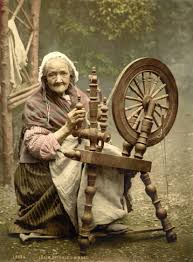 This has, of course, not always been the case. If you travel back to the Victorian era – which was classed as the golden era of the British Empire, the outlook for the elderly was nothing like it is today. In Victorian times the Empire was dominant across the globe and was a rich global power. This did not always translate across to society – at least not further down than the upper classes. To be a Victorian upper class person was to be living in an exciting time where business was booming, fashion was developing and life could be pretty comfortable.

People worked well past the age of 65 during Victorian times and it was not unheard of for people to be working well into their 80s and 90s. This was definitely true for those individuals who worked in mining, rural jobs such as farm workers and domestic staff that would in the larger houses. Retirement most definitely was not an option for these individuals. The saying ‘cradle to the grave’ was very true for the working lives of many. It was not unusual for someone to start working at the age of 6 and carry on working until they died in service. That was of course if they didn’t suffer from malnutrition, contract an illness relating to the industry that they worked in (which of course was very common for miners) or fall foul to an industrial accident – which again was very common in industries where large machinery was used, there definitely was no concern for Health and Safety. 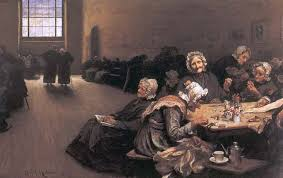 Most people were looked after by their family when they entered into old age and those unfortunate individuals who did not have wealthwww.google.co relatives or were able to continue working themselves, often ended up in the workhouse – this was not the place anyone wanted to spend the latter years of their lives.