As the roads in the UK are used by so many people, the increasing number of cars on the roads, as well as cyclists and horse riders, being safe on the roads in this day and age is more important than ever. Something that everyone who uses the road from learner drivers, to cyclists to people who drive for a living should have good knowledge of is the Highway Code. 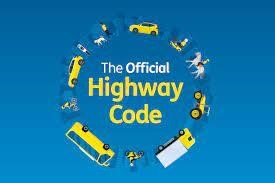 This is something that covers everything that you need to know to be able to follow the law of the road, as well as the advice that is not written as law. From knowing various road sign meanings to things like when you should be using chapter 8 chevrons like these vehiclechevrons.com to be a good and safe driver in the UK, knowledge of the Highway code is essential.

The Highway code has been in use for almost a century. It was introduced for the first time in April 1931 and was quite different to the Highway Code we have today, as the uses of the road have changed and the vehicles themselves are so different. For example, cars in those days did not have indicators as we know them, so the first edition of the Highway Code included in it the arm signals that should be used to indicate the direction that you would be turning! These arm signals were a part of the UK driving test up until 1975, when it was no longer necessary to demonstrate them as most cars by then had indicators. 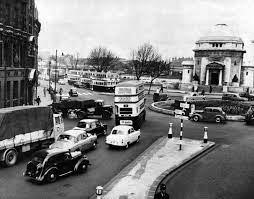 Something that prompted the release of the Highway Code, was the alarming number of people that were killed in accidents involving motor vehicles at that time. Although there were nowhere near as many cars on the road in 1931 as there is now, thousands of people were killed each year in these types of accidents, so it was clear that laws needed to be put in place to prevent this from happening.

After the second world war, motorways were starting to be built all over the UK, and these then made it into the Highway code. In the 1950s edition, there were various parts advising on motorway driving, such as explaining how to exit a motorway, as well as warning of the dangers of driving long distances without a break and drowsiness. So much of this hasn’t changed today! Awareness and consideration of pedestrians was also highlighted more, with the introduction of the Green cross code in 1978, as well as the disability badges to make pedestrians safer.