The Earth is at risk due to the possible rise in sea level between 6 and 9 meters due to climate change, according to an analysis conducted in a region of Antarctica in which numerous glaciers could melt. But scientists have found a possible solution.

The oceans are already increasing in size rapidly, and have become one of the main problems of coastal cities. The ice sheets found in the upper part of Antarctica and Greenland could melt, causing the level of the oceans to grow to a really dangerous point, especially for all cities near the sea that would see how their infrastructures and homes would look destroyed by water.

Currently the Earth’s climate is very close to the temperature that made about 125,000 years ago much of the Antarctic ice sheet melted, scientists reported in a new investigation on glaciers last Wednesday.

As David Wilson, a geologist at Imperial College London and one of the authors of this new research , says, it is not necessary that there is a large increase in the current temperature so that this layer of ice melts , just by increasing 2 degrees plus the current temperature this will occur in a region of Antarctica that has been very little studied at the moment, the Wilkes Subglacial Basin . This region occupies a large size and if it melts the rise in sea level would be more than 3 meters.

But the planet is already at a very high temperature, compared to the times of the past, when layers from the Wilkes region melted with warmer temperatures. 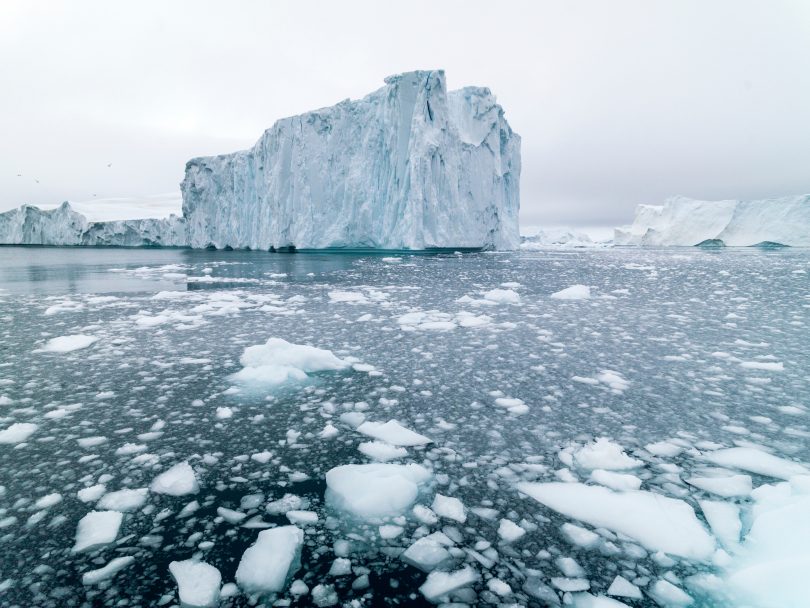 Human beings are the cause of the Earth’s temperature rising 1 degree above pre-industrial times, that is, if we continue at this rate of destruction of the planet, the temperature will rise 2 degrees in the near future, and the region of Wilkes will turn into water.

This new research “contributes to the growing body of evidence that East Antarctica is not as stable as we thought,” said Isabella Velicogna, a glacier expert at the University of California, The Washington Post.

Soon the United States and Great Britain will begin a project in which the Thwaites Glacier of Antarctica, considered the most dangerous of this century in relation to the flooding of the coasts, will be investigated.

This glacier has characteristics very similar to Wilkes, both are very unstable and can raise the sea ​​level about 3 meters above their current level each.

What solution is there for this serious problem?

Thursday one published study in the Journal of the European Union of Geosciences The Cryosphere where a possible solution was given melting of these glaciers, which would be the largest civil engineering project in history: c UILDING walls under layers ice, thus preventing them from falling.

These walls could ‘give us time’ in the face of this rise in sea level, so that humanity reverses the warming that we ourselves have caused.

“This type of intervention in the ice sheet today would be at the limit of human capabilities,” said the researchers, who explain that the project is still simply theoretical. This project could avoid the collapse of the glacier, thus enabling it to grow back as a glacier, without expanding into the oceans.

The construction of these walls would begin by gluing mounds about 300 meters below to support the glacier and also prevent the entry of hot water under the ice. This method would be  “comparable to the largest civil engineering projects that humanity has ever tried,” the researchers explained to Business Insider.

The technical difficulties to realize this project are the main problem for its achievement.

This engineering work could solve in part one of the most serious problems that humanity faces, that is, the sea level rise that is happening at a rapid pace.

But the rest of the problems that climate change brings, such as drought, storms, or unbearable heat waves, are not going to be solved. Thus, the glaciers continue to melt because of our fault and the best solution we do not want to hear: stop polluting the planet and produce the climate change that will destroy the Earth.