The month of May sees the end of the long Football season and the pinnacle of what is the world’s most prestigious and renowned Cup competition The FA Cup. Any club belonging to the Football Association is entered with the qualifying rounds for the lower and Non-league clubs starting well into the seasons, beginning in August with other leagues joining as the rounds happen and the lower sides are whittled down.  The Final itself is at Wembley stadium in London and it is one of the most viewed and attended Cup Finals in the world. Such a large event requires Event Medical Cover and companies like Outdoor Medical Solutions provide event medical cover to help the safety of both players and spectators. 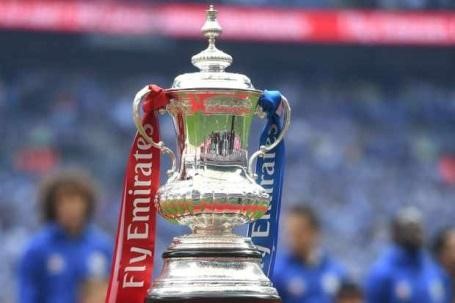 The competition begins in August for the lower and non-league teams. They have to compete in qualifying rounds before entering the first round proper. This is done to ensure that only the best non-league teams get there by merit. So, in effect, a team from the lower end would need to win 14 games where as the Premier league sides would only need to win 6. The first round pits the League one and League two teams in with the 32 qualifiers and the Championship and Premier league sides join in the third round proper. As they may be involved in Europa, Champions league and the general higher level of competition it is an understandable move.

The third round proper, fourth and fifth rounds are arguably one of the most exciting phases of the competition. There is no seeding and no byes at this stage and the whole lot of entrants left are thrown in together for the draws. This is a scene of some excitement as the draw is commenced. All the teams are allocated a numbered ball which is drawn at random from a velvet bag. This means that the lower side whose ground is little more than a few sheds could find themselves up against a Manchester United, Chelsea or Spurs type major club. This can be a great source of much needed revenue for the smaller  as TV rights are highly sort after for these “David and Goliath” matches.  Smaller Clubs can defer the home advantage and play at the larger clubs ground to increase its money but this has fallen out of fashion somewhat and is seen against the spirit of the competition. In one famous example the Chelsea owner Roman Abramovitch gave the non-league side drawn against Chelsea the equivalent of what they would have earned if the game had been held at Stamford Bridge.

Though they are rare the “giant killings” make huge news and have led to player revolts, pitch invasions and manager or even board of directors resignations. One of the best known is non-league rural Hereford Town coming from one nil down to beat Newcastle United in the last seven minutes!