France is a popular country both for holiday visitors and those looking for either a permanent move or perhaps a holiday home like the ones you can see at http://www.frenchpropertysearch.com. If you are looking for Property for sale in France you are spoilt for choice as to which regions to look at. 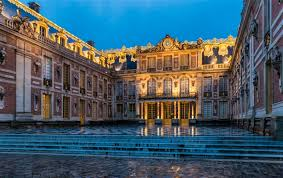 It is a country that is renowned for its beautiful landscapes and incredible cuisine. There are a variety of places that should be on everyone’s to visit list and the Palace of Versailles is one of these. The palace is located in the area of the country known as Ile-de-France and is a royal house with the country having been ruled from within its walls from 1682 to 1789. Some notable decisions and declaration that were made from within the palace include the Treaty of Versailles being signed as well as the declaration by Germany to make itself an empire.   It was King Louis XIV that decided to move the royal family in 1682 from their original location in the Louvre to the smaller village location of Versailles. The royal family remained in the Chateau form many years until the French revolution reached a pinnacle and meant that the family needed to move back to their original palace. Louis XIV wanted to move the family to a smaller more rural location where he could be allowed to interact more with the people of France. He was thought to have been a ‘man of the people’ and Versailles was made accessible to people who not only would attend to seek a royal audience but could often been found taking a walk around the beautiful grounds and enjoying its location. 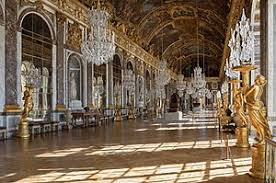 The beauty of the Palace of Versailles is known worldwide, and it wasn’t long after its original construction that properties throughout Europe were created using its design and architecture as inspiration with some of them being almost exact copies. For example, the concept of a hall of mirrors was first established in Versailles. The creation of this in the Palace was due to the fact that the halls were very dimly lit as the smoke from too many candles would have affected the beautifully ornate ceiling and wall decorations. So instead mirrors were placed along the walls to reflect the small amount of light that came from the few candles, which in turn created more light in the hallway. During royal and state events the palace was lit by a number of chandeliers and around 20,000 candles. The result was a magical display of light.

If you are ever in the Ile-de-France region you should add the Palace of Versailles to your plan of places to see.

Hi, I am Russell Chowdhury; I am an entrepreneur, father, mentor, and adventurer passionate about life. At this moment, I am working with depression and anxiety.