Cheltenham is one of those towns that has long been appealing to people who are looking to move to the perfect location. Situated in the county of Gloucestershire, it has a bustling town with many great bars and restaurants, as well as having the beautiful Cotswolds, an area of outstanding natural beauty right on the doorstep. It certainly keeps places like Me and You Letting agents Cheltenham busy!

Cheltenham is a spa town that was founded when some pigeons were spotted in a field pecking at some mineral deposits. It was soon discovered to be from the spa waters beneath the town, and Cheltenham quickly grew from a humble market town, with the King George III himself even paying a visit with his family to sample the spa waters.

Gustav Holst – The famous composer was born in Cheltenham in 1874 in a regency house. He came from a musical family, with both his mother and father being musicians, it was little wonder that they passed these talents onto their son. The house where he was born is now a museum, where you can find out more about the life of this talented composer and teacher. One of his most famous pieces of music is of course, the planets. 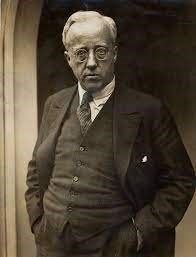 Brian Jones– One of the original members of the Rolling Stones, Brian Jones was born in Cheltenham in 1942. He attended Dean Close School and was interested in both sports and music. When he left school, he headed to London in the 1960s. This was where he met Keith Richards and the other band members. Unfortunately, his time in the band was short due to a drug problem, and he left the band in 1969. He then drowned in a swimming pool at home. His funeral was held in Cheltenham where he was born.

Eddie the Eagle – The famous ski jumper was born and grew up in Cheltenham. When he was 13, he went on a school trip where he fell in love with skiing. He quickly developed a passion for it and went on to represent Great Britain in the Olympics. This was a huge feat, as Britain had not had a representative in this sport since 1928! He was a loved figure, being the underdog, and an example of what can be achieved with belief and perseverance. 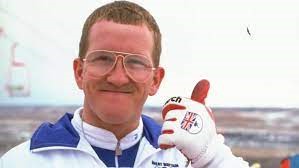 Edward Adrian Wilson – Born at Montpelier in 1872, Wilson went to Cheltenham college before heading to university. After studying natural sciences and medicine, in 1911 he accepted the role that would make him famous – chief of scientific staff on Captain Scott’s Antarctic exploration team. Sadly, all of the explorers on this expedition died on their way back to their base camp in 1912. You can find a memorial of Wilson on the Promenade in the form of a statue, and also the museum and art gallery is named the Wilson.