Mysterious, clever and beautiful – there’s something about the fox that has always captured our imaginations. Throughout history, the fox has appeared in all cultures. Japanese folklore gives us the magical shapeshifting kitsune, while Canadian legend describes the fox as either a cunning trickster or a wise elder.

Even the modern-day phrase ‘sour grapes’ can be attributed to the wonderful fox. One of Aesop’s fables tells the story of a fox who could not reach some grapes on a vine and thus dismissed them as horrible anyway.

Here are some more examples of our love for the fox and how he has made such an impact on our popular culture and literature:

The Adventures of Pinocchio by Carlo Collodi

In this book, the fox is seen as a conman who plots with a cat to kill Pinocchio and steal his money. The 1940 Disney film changed this negative depiction to have the fox attempting to convince Pinocchio to join the puppet show and go to Pleasure Island instead. 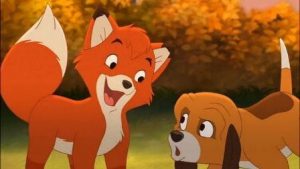 The Road to Oz by L. Frank Baum

In the 1909 book, Dorothy goes back to Oz via Foxville, a town of foxes with human characteristics led by King Dox. The king finds Dorothy’s companion to be very smart indeed and so transforms his head into that of a fox.

Fox In Socks by Dr. Seuss

The 1965 Dr Seuss story is the fun, non-sensical rhyming genius that you’d expect from Dr Seuss. This Mr Fox is cunning but only in the way he tries to tie your tongue in knots!

The Fox and the Hound by Daniel P. Mannix

The author spent more than 12 months studying wild foxes before writing this 1967 novel. He also lived with a mated pair which were incredibly tame. The novel is a sad tale of hunting and the terrible impact of urbanisation on wild animals, however after Disney put their spin on it, it became a lovely tale of friendship through adversity. Immortalise the animals dear to you with a Bronze Wildlife Sculpture from www.gillparker.com 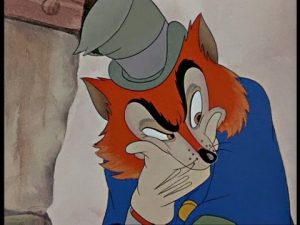 Still much-loved today, Mr. Fox and his friends are one of Roald Dahl’s greatest creations. Telling the tough tale of a fox dealing with farmers whilst trying to be a great dad and friend – we are given a more sympathetic view of the plight of a being a fox. The 2009 film was a huge hit.

This action-packed, fun film features the fox Nick Wilde and the rabbit Judy Hopp as the main characters. To begin with, you see a typical portrayal of a fox – a cunning trickster only out for his own gain. However, don’t judge a book by its cover as Nick Wilde reveals a more likeable, sensitive side too!