There is nowhere quite like Italy at Easter. It’s quite unlike what we’ve come to expect here in the UK but is still a major holiday for Italians, coming a close second to Christmas. The lead up to the main event is a solemn and religious time but Pasqua, as it’s known in Italy, is a joyous celebration. The Monday after Easter Sunday is known as La Pasquetta and is a public holiday as well in Italy.

So, how would you spend your Easter in Italy?

Good Friday sees the Pope celebrating the Stations of the Cross near the Colosseum in Rome. This exciting spectacle sees a giant cross with burning torches light up the sky. To finalise, the Pope offers a blessing. Easter mass can be attended at every church in the country, with the most popular being the one held by the Pope at St Peter’s Basilica. Tickets are free but must be ordered several months in advance. 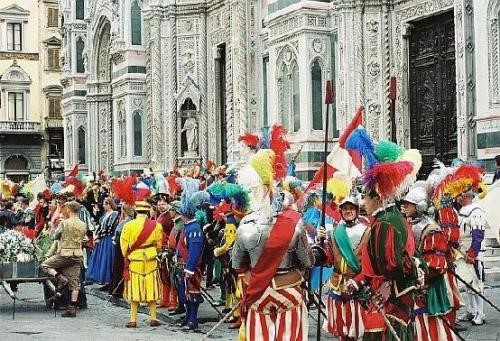 On the Friday and Saturday preceding Easter Sunday, religious processions are held in many towns and cities across the country. Often statues of the Virgin Mary and Jesus will be paraded through the main squares. Those in the parade often don traditional costumes and wave olive branches and palm fronds. The best parades can be seen in Enna and Trapani, both in Sicily.  Some towns put on live passion plays, while others re-enact the stations of the cross or hold torchlight processions.

Should you find yourself in Florence during Easter, you’ll be treated to the Scoppio del Carro, or Explosion of the Cart. A highly decorated large cart is pulled through Florence by white ox until it reaches the centre. Once mass has finished, the Archbishop throws a dove-shaped firework into the cart full of fireworks which results in an exciting and stunning display. 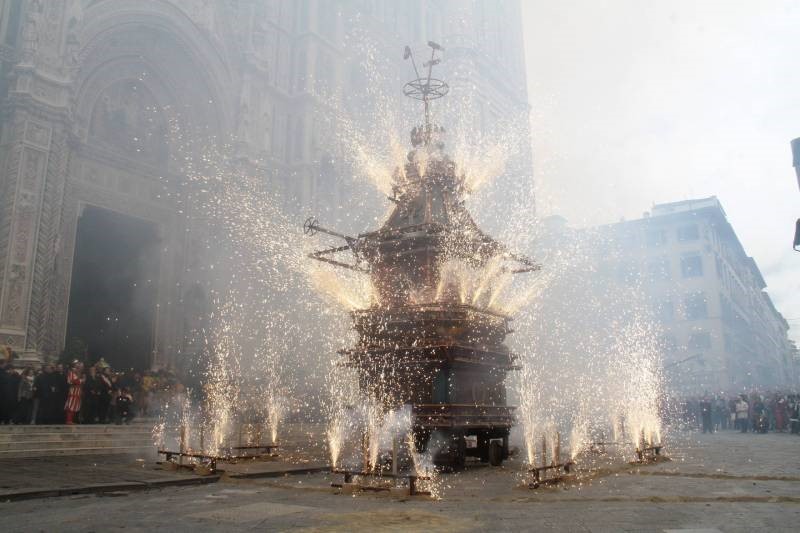 As Lent is coming to an end, the celebrations surrounding Easter include a great deal of delicious Italian food. Traditional meals might include lamb or goat, Easter speciality breads and artichokes. As the country is made up of many different regions, there are a wide variety of regional dishes on offer. It is common to receive pannetone and dove-shaped bread as gifts, or chocolate eggs with a surprise in the centre. If you can’t get to Italy this Easter, enjoy your own feast at an Italian Restaurant Dublin like http://www.toscanarestaurant.ie/

During the public holiday on Easter Monday, many cities hold concerts, games or dances that are usually free to enjoy. In Panicale, Umbria, the games centre on rolling cheese. Giant wheels of cheese, weighing around 4kg are rolled around the old village walls. The challenge is to get your wheel around the walls with the least amount of strokes. The challenge is followed by live music and wine in the piazza.