We are fast approaching flu season and thankfully today we have vaccines for the vulnerable and plenty of helpful over-the-counter remedies for everyone else. Researchers are still conducting tests to find a cure for the virus. For more information on Paid Medical Trials, visit https://www.trials4us.co.uk

But it wasn’t always so. In the past, terrible flu epidemics have killed millions and as such, the virus was greatly feared. It’s no wonder that people invented some weird and wonderful potions and treatments to prevent succumbing to the flu. Here are just a few:

Whilst it hasn’t been determined what illness caused the ‘sweating sickness’ of medieval England, there’s a good chance it could have been influenza. It wiped out a large section of the population, so fear was high and suggested potions sound outlandish to say the least. Cures of the time included ‘water of dragons’ and ground unicorn horn! Quite where the unicorn horn was found is a mystery. Henry VIII was so scared of this illness that he concocted his own mix of wines and herbs as a prevention. 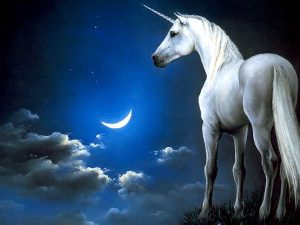 A terrible flu epidemic struck the world as World War I was coming to a close and many people turned to ancient guidance in desperation. Americans in 1918 took to wearing necklaces of garlic, following the old beliefs in the power of garlic’s natural antiseptic nature. The use of garlic in medicine dates back to the Ancient Egyptians, although they suggested a peeled clove in the underwear could ward of a cold!

Eucalyptus oil gets a bum deal

Back in 1914, there wasn’t such strict regulation of medicine and so-called ‘quacks’ would often advertise their dubious flu remedies, with some even appearing in the respected medical journal The Lancet. Medieval-type tinctures were available but by far the most outlandish advert was for regular injections of eucalyptus oil into the rectum!

During the 1800s, the English in South Africa allegedly observed the Boers skinning lambs or sheep as a cure for influenza. The warm, blooded skin was then placed onto the chest of the person suffering with the illness. Whilst messy and a bit unpleasant, it probably did help to keep the person’s chest warm. This probably did more for their comfort than actually curing anything.

This is a stinky folk remedy from Illinois in the U.S from around the early 1900s. Doctors were often too far away to reach, and so people relied on their own imagination and folklore to treat themselves. One idea was to place a whole load of onions around a sufferer’s room in the belief that flu would leave the body and get absorbed by the onion. Another, even stinkier idea was to steam up some horse manure and spread it on the person’s chest! It they didn’t feel that ill to begin with, they certainly would after that treatment. 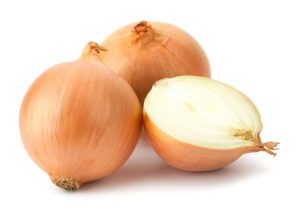 Some other bizarre ideas

In response to the terrifying epidemic of 1917, New York also went folk-remedy crazy. Some wore red rags tied on their arms, while other carried camphor balls around their necks. Some people ingested strychnine! Others drank strange potions made from red peppers, while others had teeth pulled out!