Audi e-tron is the first all-wheel drive electric SUV of the Audi Company and will be the progenitor of a family of 100% electric vehicles. Waiting to know the final specifications, here are some of the numbers of Audi e-tron destined to become one of the best electric cars of 2019 …

Audi has worked hard on the design of the new generation of cars, improving aerodynamics to minimize the vehicle’s resistance while driving. In addition, when the vehicle reaches high speeds, active suspensions are activated to minimize the impact with the air. 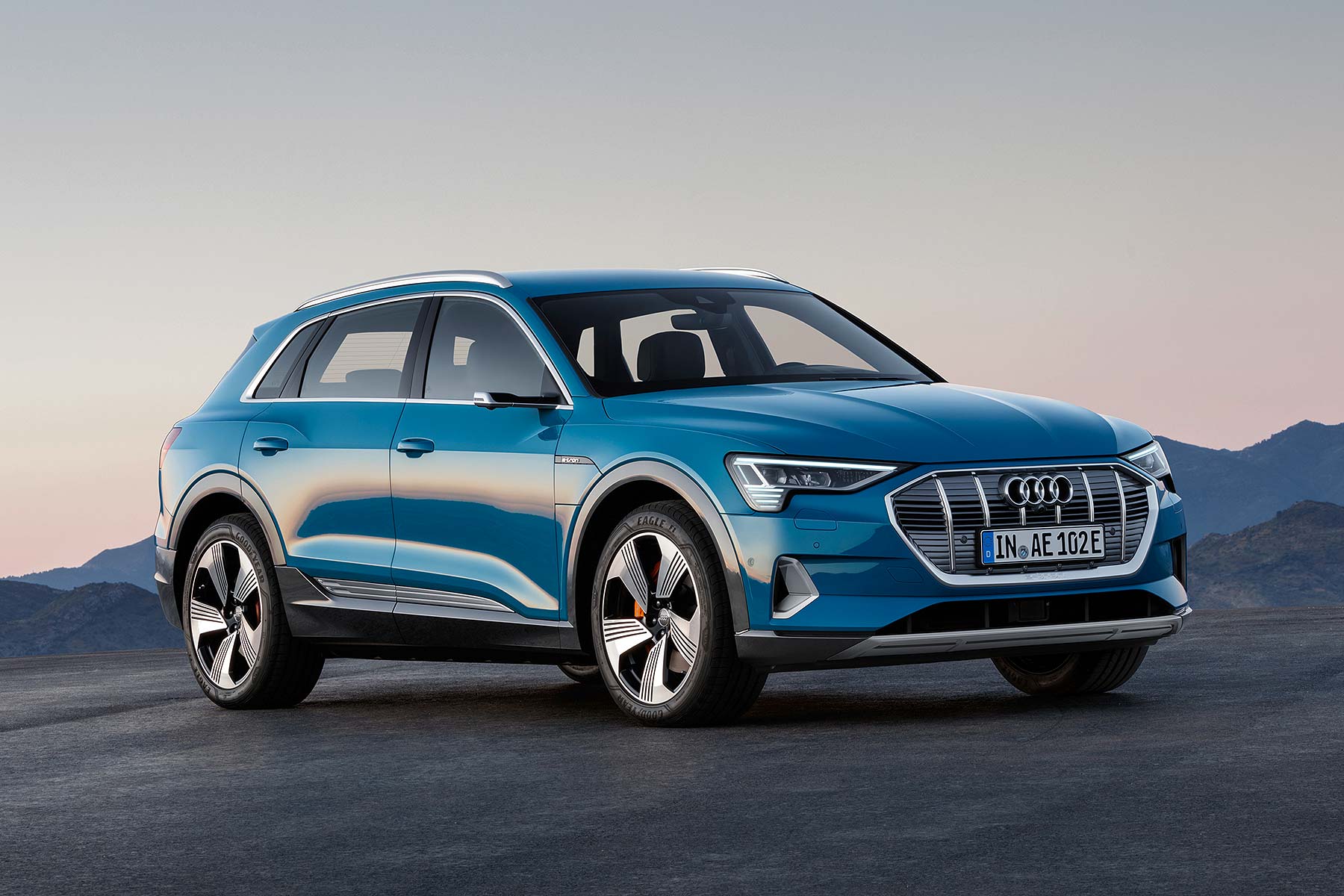 The body is very streamlined and remains faithful to the concept car presented a few years ago. Experts say the Audi e-tron looks like everything at a more spacious version of the Q5.

The interiors are spacious for the electric and sports SUV and very similar to those of the other premium Audi home SUVs. The design is minimal chic.

The presence of five OLED screens makes the interior particularly rich in technology. With the touch screen of the main screens you can control the MMI infotainment system, in pure Audi style. The Audi e-tron is proposed with Valcona leather   to cover the seats, brushed aluminum for the finishes and lines with horizontal development to increase the feeling of spaciousness are the masters. 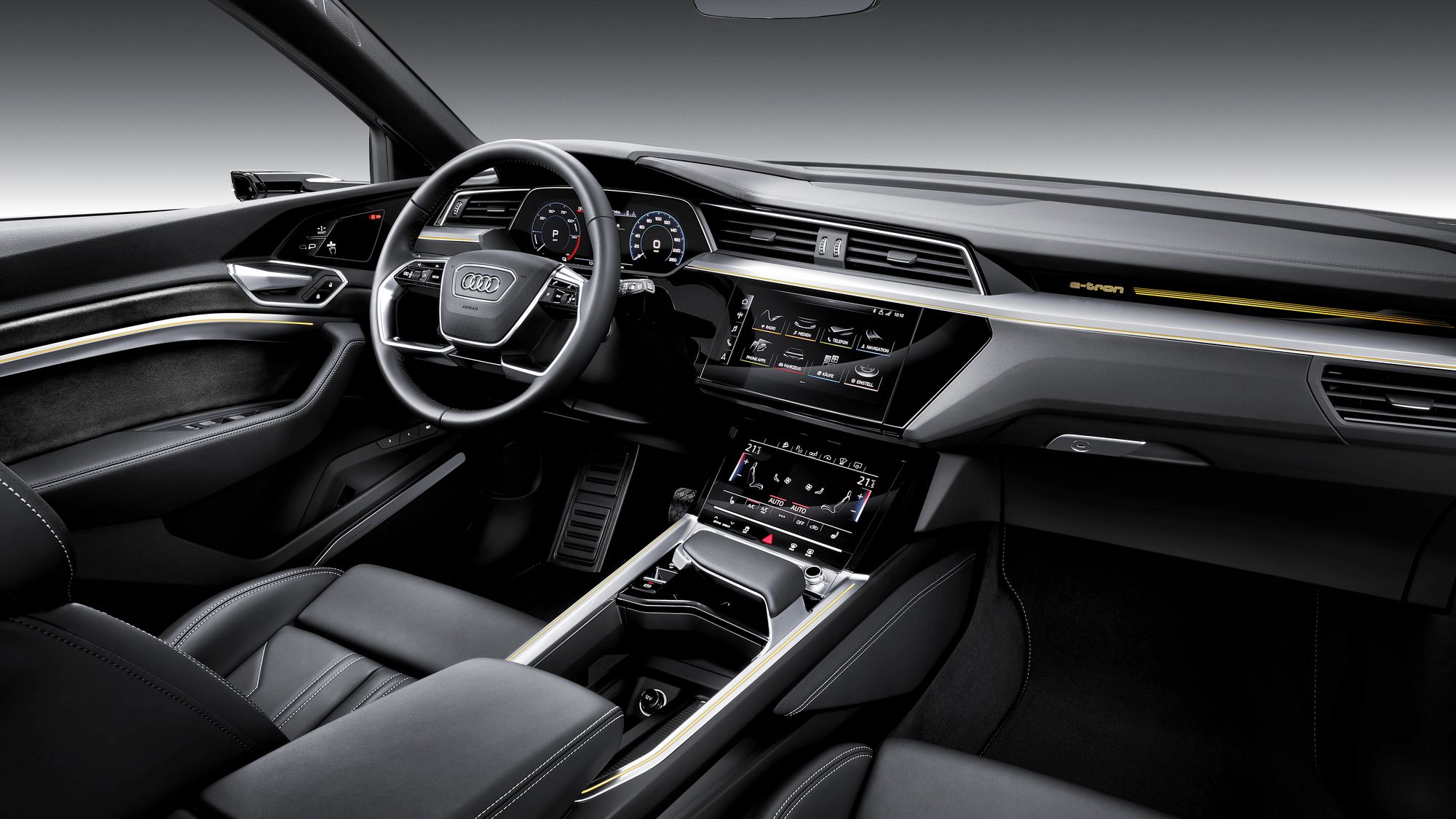 The Audi e-tron also stands out for the Bang & Olufsen 3D Premium audio system, but above all because it will be released as standard with virtual mirrors, special screens inside the passenger compartment that replace the rear-view mirrors. The decision to remove the exterior mirrors is not just technological because, in this way, the width of the vehicle reduces by 15 centimeters, considerably lowering the resistance to air. Images captured by external cameras appear on OLED screens located between the door and the dashboard.

Powered by a power unit consisting of two engines using a 95 kWh lithium-ion battery, Audi e-tron is able to take advantage of a 150 kW, 30 kW faster quick charge compared to Tesla’s supercharger system. To be able to recharge the car in just 30 minutes. 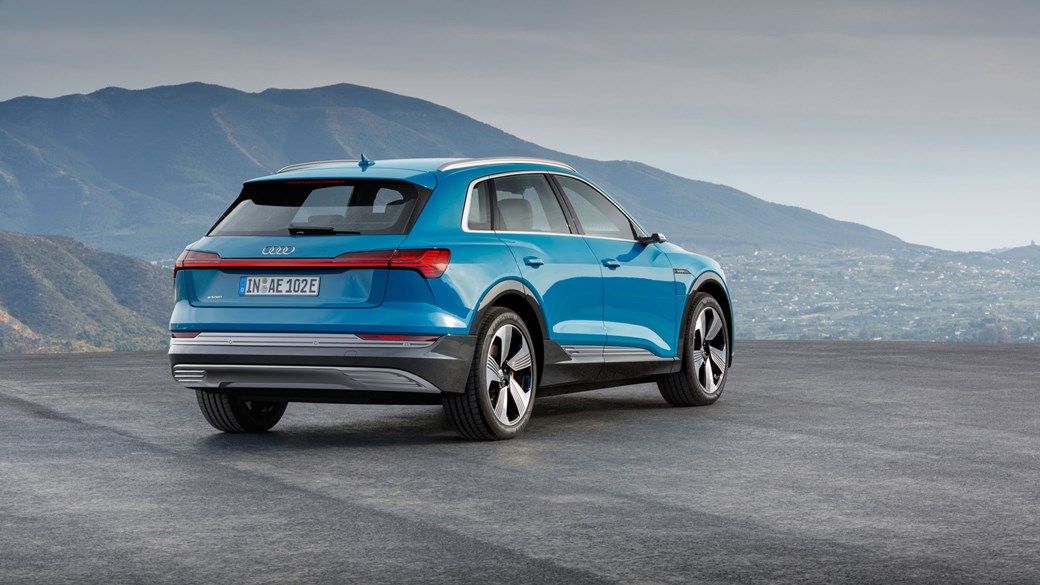 Thanks to the fast charging columns that are spreading throughout Europe, lithium ion batteries can be charged in less than 30 minutes. The batteries can collect 95 kWh of energy to ensure an autonomy of 400 km. As an alternative to super-fast charging, the electric SUV can also be recharged with alternating current by connecting to the home network in about 8.5 hours thanks to a specific power adapter.

One of the most innovative aspects of this electric SUV, however, is the innovative energy recovery system. An integrated electro-hydraulic braking system has been created that offers up to 30% more autonomy.

The Audi e-tron will be officially unveiled in San Francisco on September 17, when the German company will begin to take orders for the new vehicle, whose first copies will be delivered in early 2019. Almost by copying Tesla’s habits, Audi asks a $ 1,000 deposit to confirm order online. The price of the Audi e-tron should start at around 80,000 dollars.