This year, the world marks the 50th anniversary of the first landing of a spacecraft on the moon – an event that was a turning point in the history of space science. More and more countries are involved in space exploration. Recently, an attempt to land a spacecraft on the moon was undertaken by Israel (the mission was unsuccessful and on April 11, 2019, the ship “Bereshit” crashed on the surface of the moon). Before them, in January of this year, China carried out a successful “landing” of the space module. This new space race made US Vice President Mike Pence think about the possibility of sending back Astronauts to the Moon, and this is planned to be achieved in five years. But is it possible, given that people have not been sent to the moon since 1972? And does this make sense from a scientific point of view?

When it comes to space exploration programs, governments do not want to understand the amount of work and time needed to prepare the process. Another promise was made in 2017 by the President of the United States Donald Trump – he planned to land a man on Mars before the end of his presidential term (2020).

This promise to fulfill even more difficult than the mission to the moon – the time to reach the Red Planet will be different, given the location of the Earth and Mars. The possibility of flight of spacecraft to Mars appears about once every two years. Considering that it would take from six to nine months to overcome the distance to be realized by 2020, such a mission was to start in April 2018. 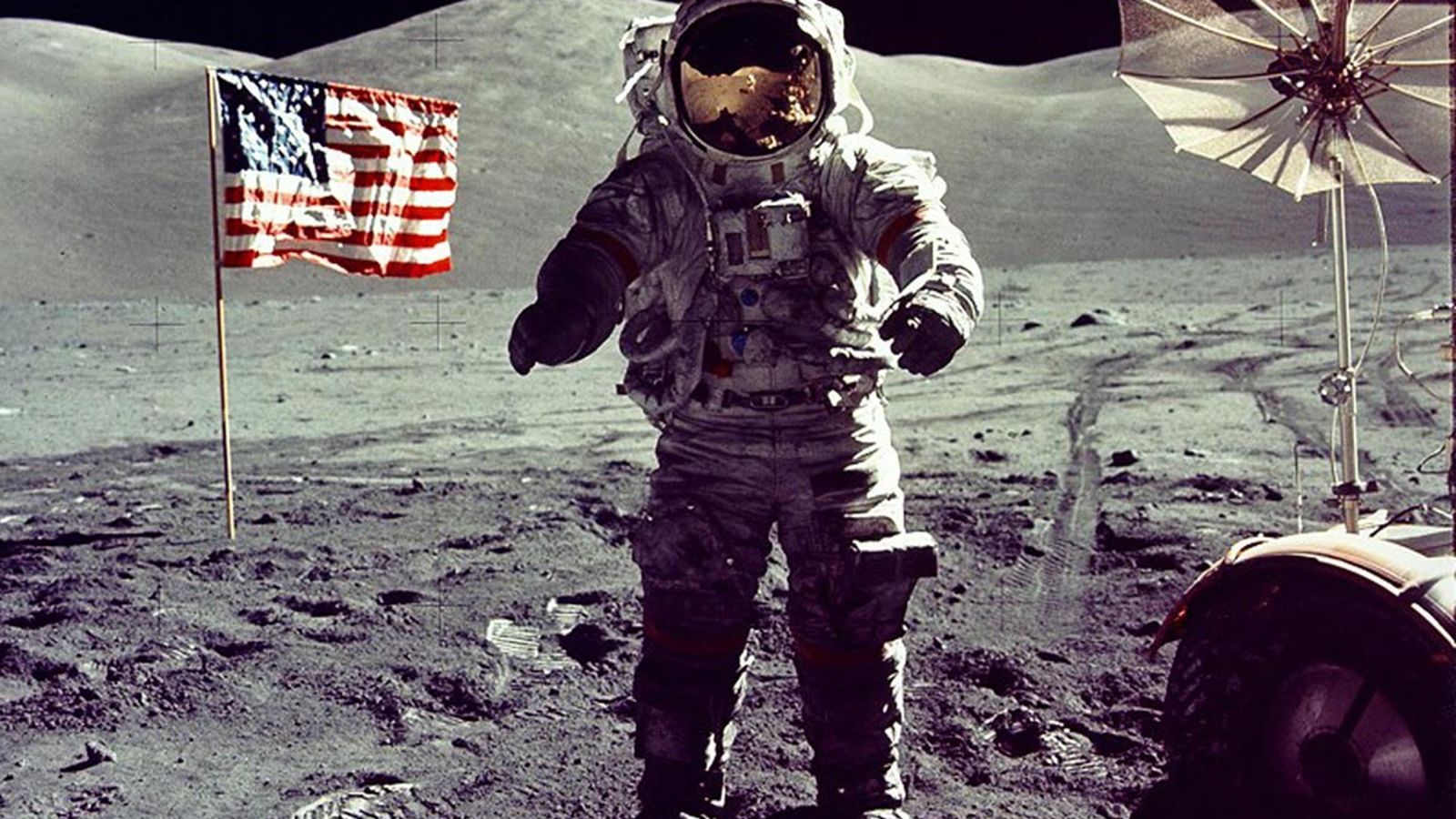 One of the obstacles to landing a man on the moon in five years is funding. Space missions require considerable investments. The Cassini mission, during which the spacecraft landed on the planet Saturn, cost approximately $ 3.26 billion. NASA’s budget for this year is estimated at $ 19.9 billion, which should cover the cost of new and current missions, funding research centers, staff, and, of course, development costs.

Despite the fact that the figure seems quite impressive, the amount that NASA receives as a percentage of GDP has decreased significantly. If in 1966 the agency accounted for 4.4% of national expenditures, this year the budget is just under 0.1%. If the current United States Administration is serious about fulfilling the promises of the President, they need to return the funding from NASA to the previous level.

However, even with a smaller budget, why did missions with a man cease to be carried out? Any president seeks to leave his mark on cosmic achievements. And since the planning of space missions requires a lot of time, with each new president a new cycle of the emergence and termination of programs for landing man on the Moon and Mars takes place.

For example, George W. Bush canceled the space shuttle program, and Barack Obama abandoned the constellation program, aimed at resuming people’s flights to the moon by 2020. This program was initiated by George W. Bush and had a longer term (16 years) compared with the Apollo program. As a result, the first step towards a new mission to the moon is a constant financial subsidy from governments.

Read More  The glaciers melt and the sea level rises dangerously: Is there a solution?

The technical difficulty of sending a man to the moon in five years is that today there is not a sufficiently powerful spacecraft for this. NASA is currently working on the Space Launch System (SLS), an echo of the Constellation program. However, even without a test flight, it would take many years to send astronauts to the moon.

The recently launched Falcon Heavy launch vehicle is also unable to perform such a mission with a single launch.

One of the main questions is whether or not to send Astronauts to the moon. The mission has many opponents who believe that robots are more suitable for this purpose. With the development of science, people have the opportunity to carry out research using smaller and very skilled robots.

In addition, to send a person into space is much more expensive than a small camera. On the other hand, the situation may change as the development of commercial reusable missiles.

According to the current plan of the United States, astronauts are scheduled to be sent to the southern polar region of the moon in order to create a transit point for long-term human presence. At the South Pole are craters rich in water ice, which is not only necessary for human life, but also can be used to produce fuel and oxygen. The ability to electrolyze water into hydrogen and oxygen has existed since the 1800s, and the necessary power for this can be obtained from solar panels.

The transfer point will be able to help NASA send astronauts to Mars and beyond. Other benefits include the ability to select and explore fragile geological sections in situ. The moon can also be used to build an astronomical observatory that will provide an ideal view of the universe, given the thin atmosphere of the moon.

Read More  The glaciers melt and the sea level rises dangerously: Is there a solution?

The reasons for the sudden interest in the moon are caused by rivalry from China. The capabilities of the Chinese National Space Administration (CNSA) are developing rapidly from the first manned flight in 2003 to the launch of the first space station in 2011.

In addition, in 2013 and in 2018, the Chinese managed to land a landing module and a lunar rover on the moon, sending very clear photos from the far side of the moon. This year we plan to conduct a space mission to collect and return samples.

The main problem of the new space race is the possibility of direct competition between space exploration programs in different countries of the world, while some countries may begin to militarize space. This confirms the creation by President Trump of a separate military unit called “space forces”.

Undoubtedly, returning Astronauts to the moon will create amazing opportunities for scientific research and space exploration. However, it is not yet known whether this will work out in the near future. The interaction of world powers and the private industry may end up being the best strategy to win a new space race.