The second generation of the Porsche Macan has already reached the market, and does so with the difficult tessitura of being the renewal of a model that enjoyed unprecedented commercial success, with a very high demand even in recent years. Now it is more technological, it improves in the dynamic section and it releases quite subtle aesthetic changes. We have already driven it and these are our first impressions. 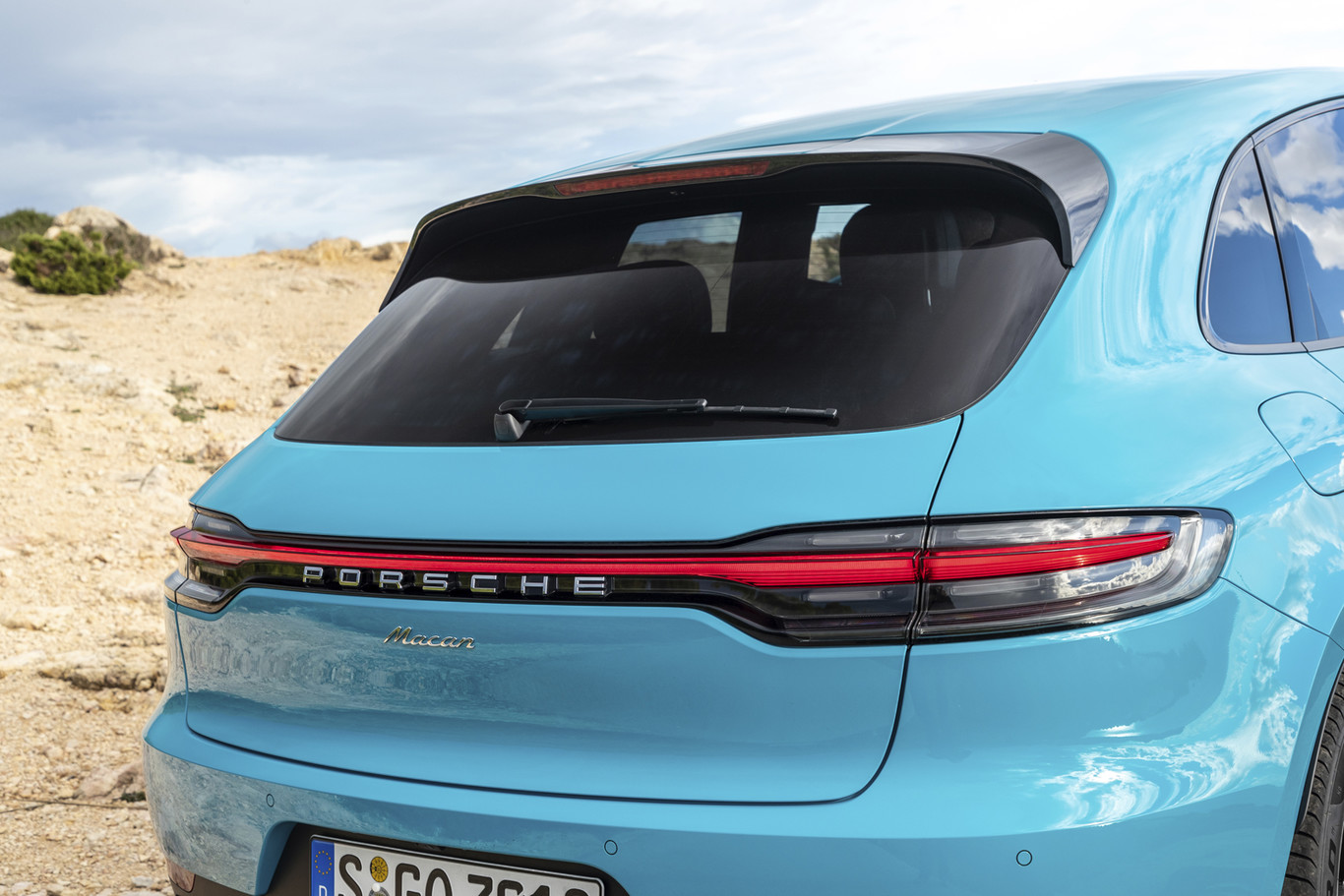 Sooner or later all the models of cars have to go through a renovation, although some do not specify it. This is the example of the SUV that concerns us today, the Porsche Macan, a model that has enjoyed unprecedented success in the history of Porsche.

It’s been more than five years since we first got behind the wheel of the Porsche Macan, an average SUV that could be called sporting, something that does not happen with many of its rivals. So when we tried the Macan Turbo, we talked about him as the king of kings, in clear reference to its dynamic level in the star segment, the SUV. Read Continue Spanish Car Brands 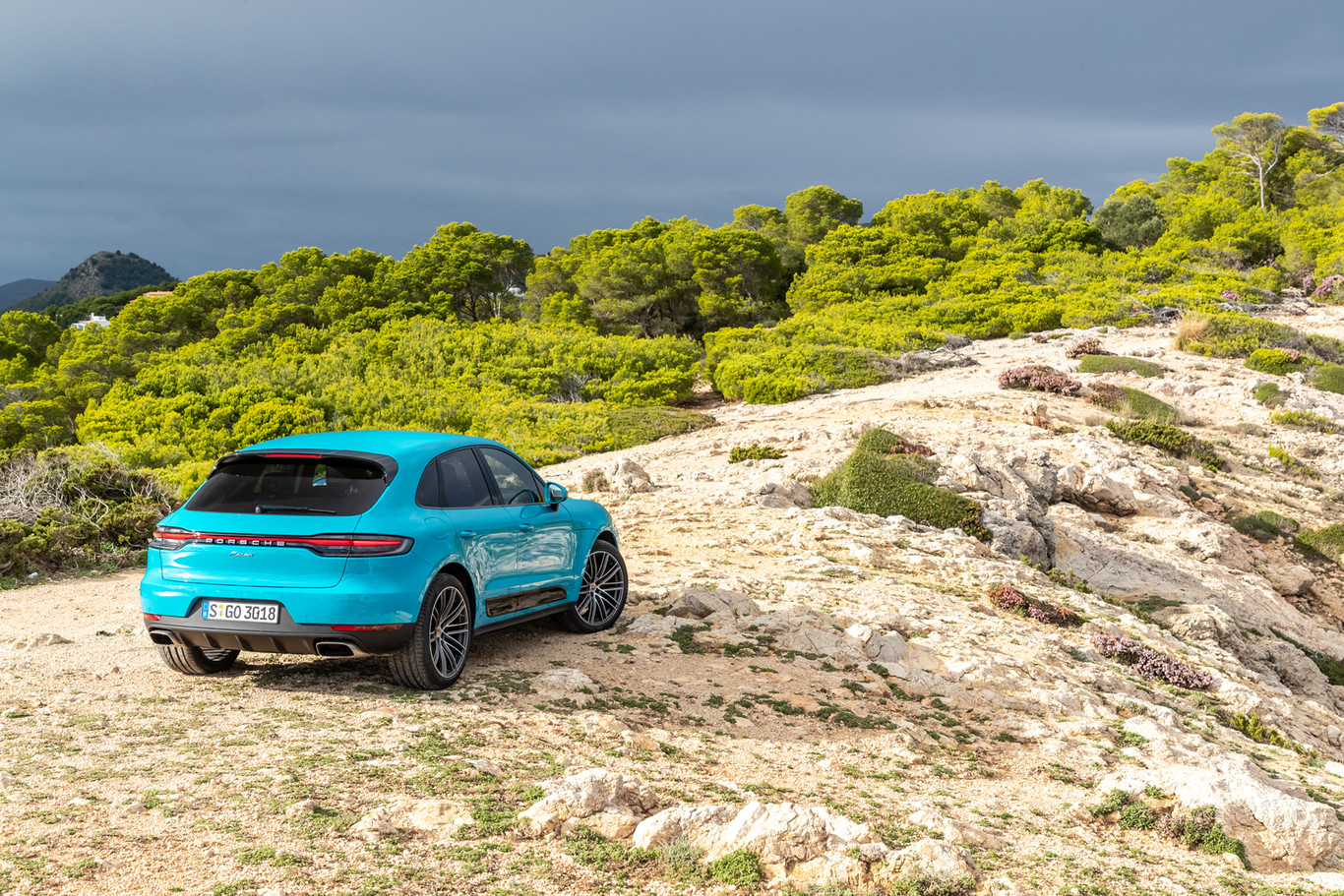 The Porsche Macan was an absolute success from the start, surpassing even the most optimistic expectations of the brand itself. They intended to sell some 50,000 units worldwide in their first full business year, 2015, and sold 80,216 units.

These figures were increasing year after year, so much so that in 2016 the Porsche Macan managed to position itself as the most sold Porsche, thus ousting the Cayenne, which was at the end of its commercial life. The arrival of the GTS and four-cylinder versions were other keys to success. 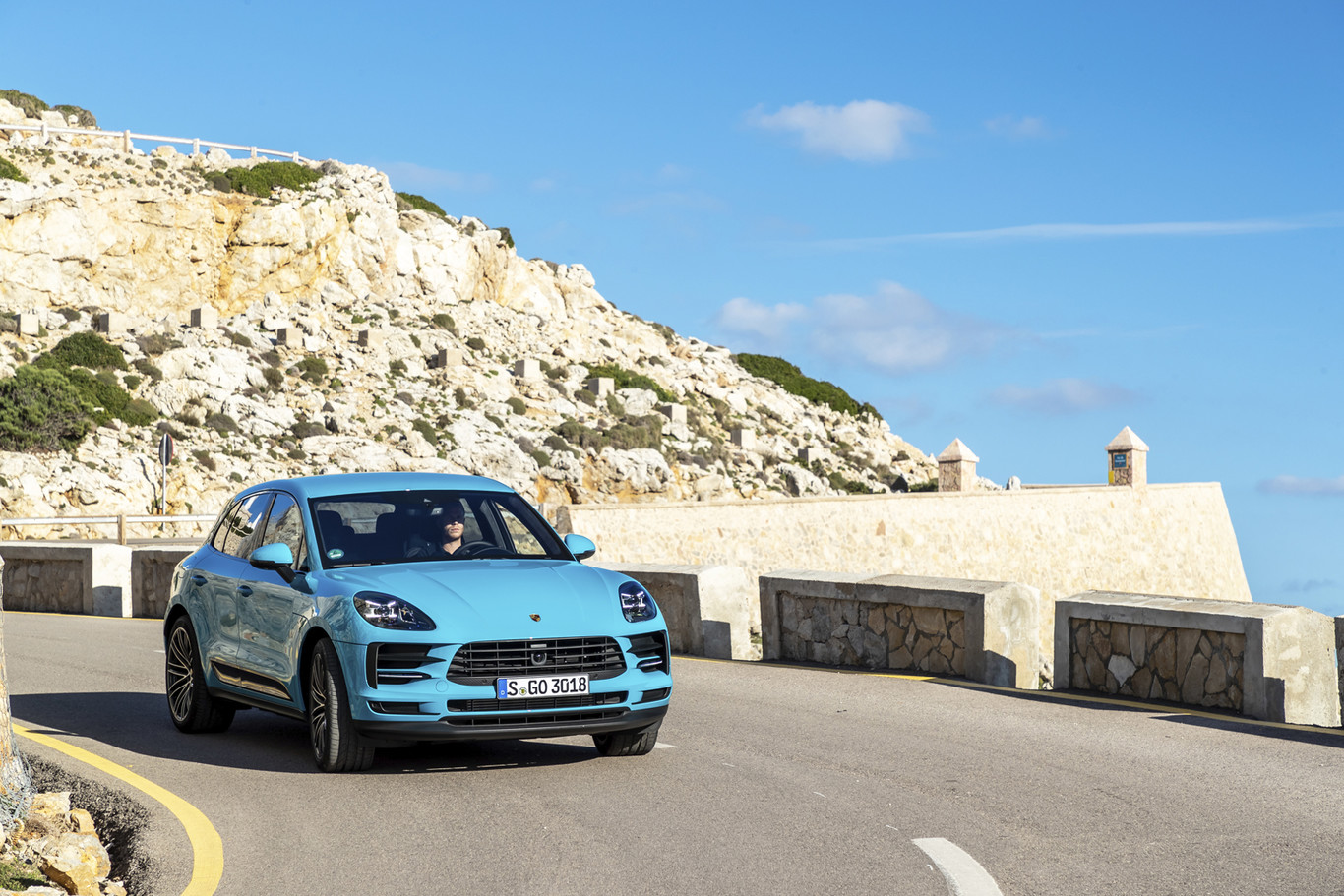 But perhaps the most important thing that the Macan brought to the Porsche brand was that 75% of those 350,000 customers who opted in 4 years for that model, were new to the brand. Many could fulfill their dream of having a Porsche thanks to Macan. And not a Porsche either.

The novelties in the new Porsche Macan

Those in charge of the Macan project had the difficult task of being able to renovate a car that on paper was not asking for a renewal and at the same time doing it without spoiling the elements that had led to its success. 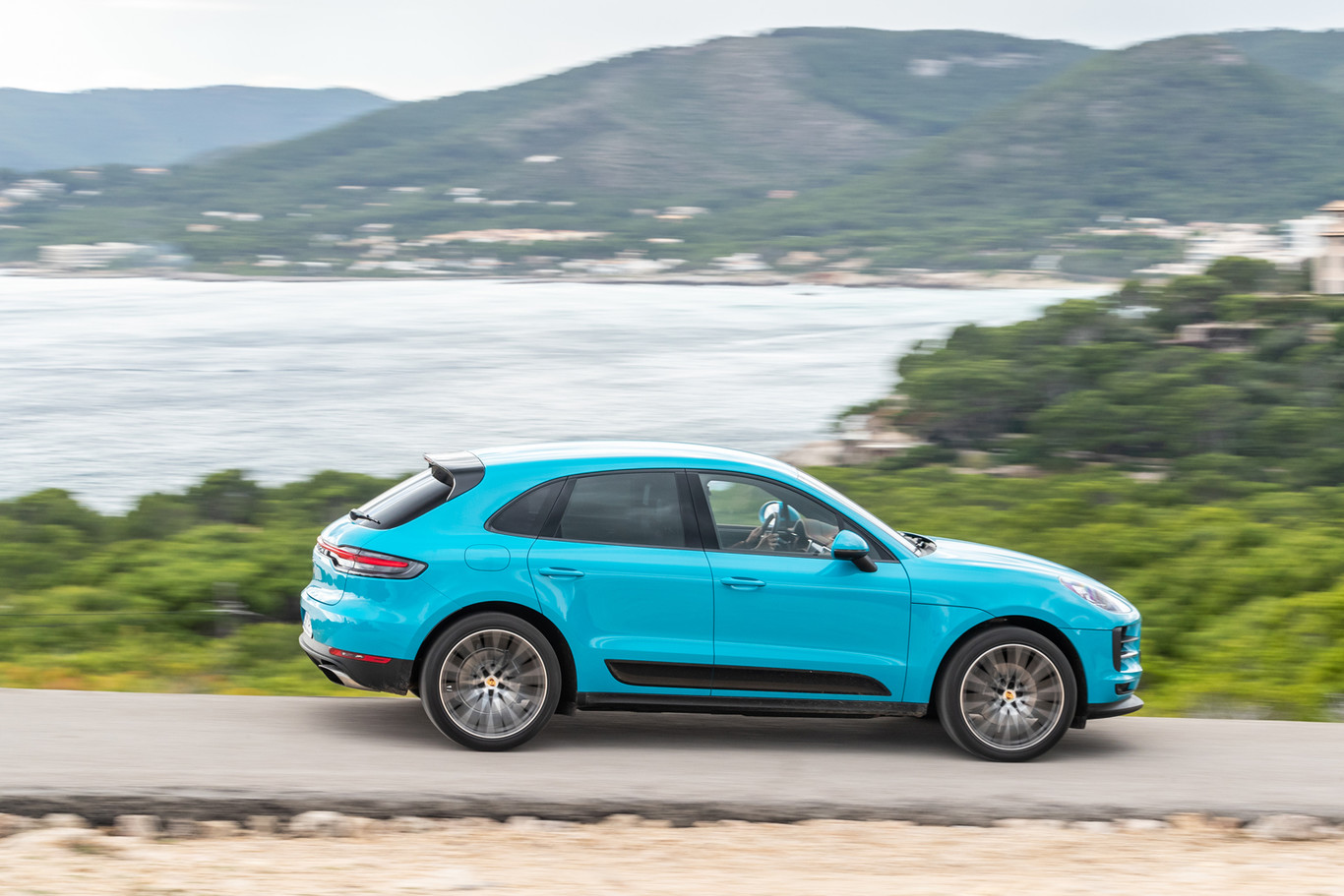 Changes too drastic could break the magic of the Macan, but had to be able to adapt to the new times in which technology has come to stay in modern cars.

So, what they have done is a subtle renovation at an aesthetic level that is accompanied by a wider technological endowment and a mechanical offer also in line with some decisions that have been taken at Porsche, such as the definitive abandonment of diesel. 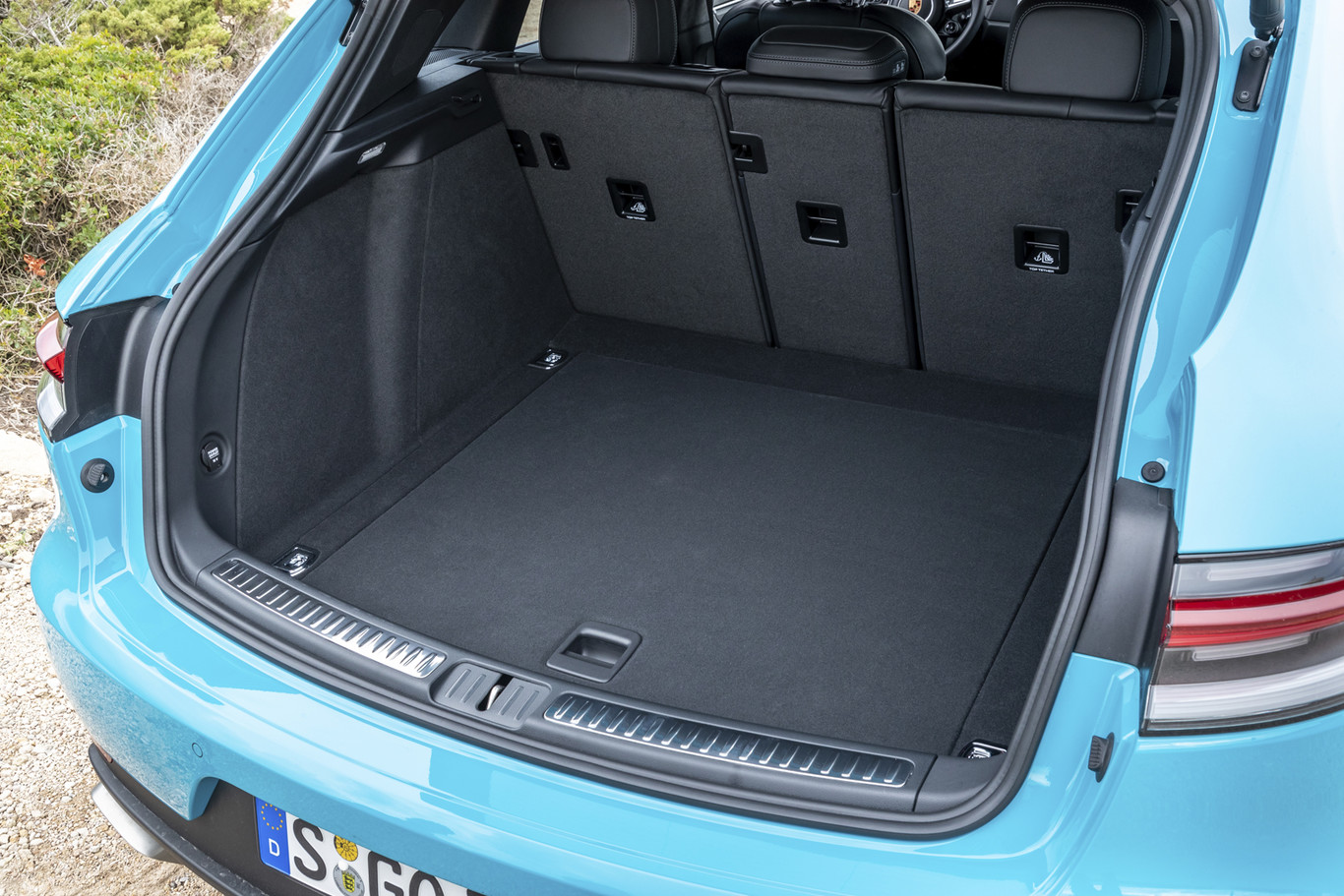 We started by knowing which are the most outstanding novelties in the interior of the new Porsche Macan, because as far as exterior and interior dimensions are concerned, they are still exactly the same: an SUV of 4.69 meters long, 1.92 wide, 1.62 tall and with a 500-liter trunk.

The most outstanding novelty presides over the central area of the dashboard. We are talking about the new screen that integrates the Porsche Communication Management, which now has a touch surface of 10.9 inches compared to the 7.2 inches it had before. 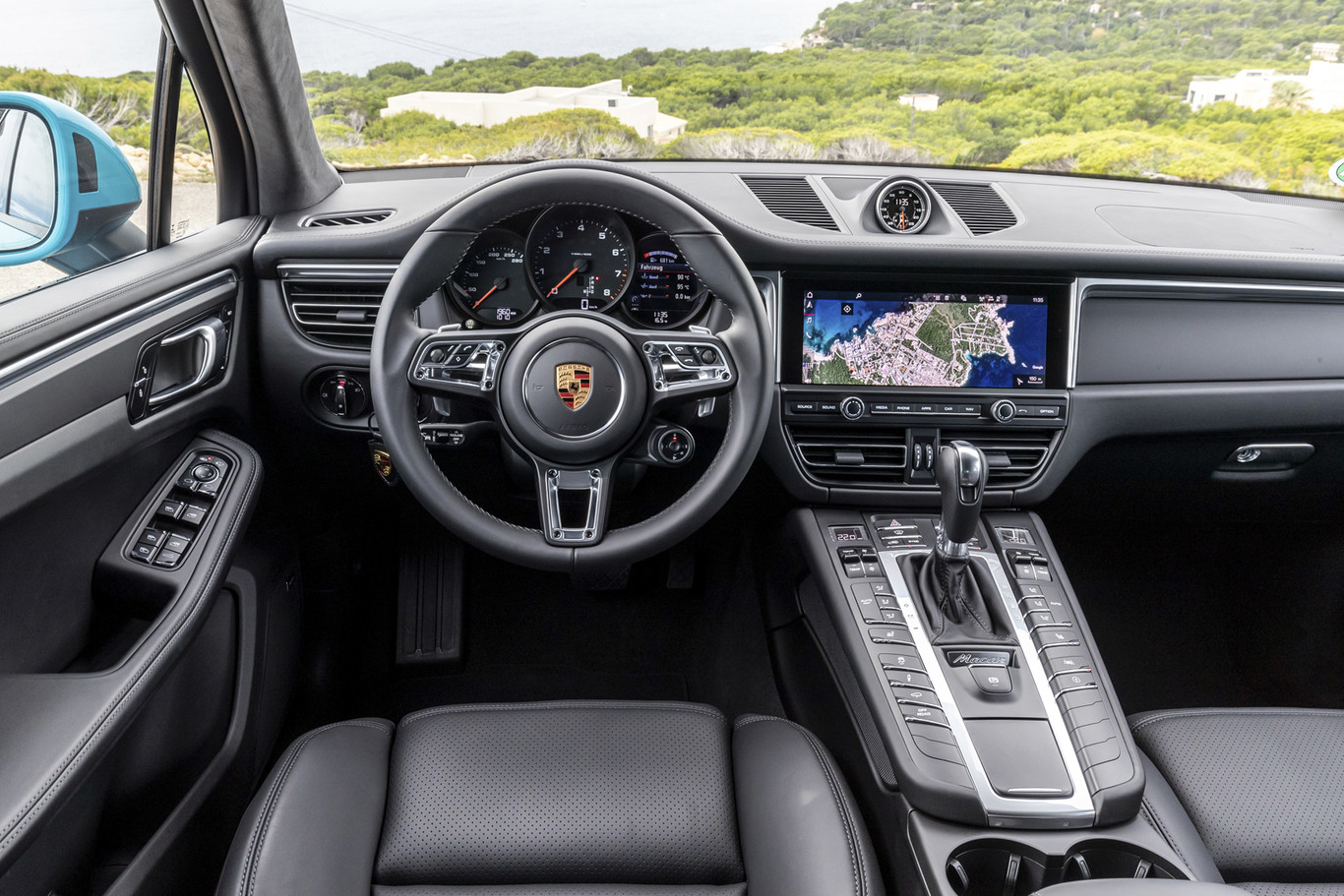 Basically they have adopted a screen very similar to the one worn by his big brother the Porsche Cayenne, in this case 12.3 inches, but in my point of view have more successful in the case of the Macan to combine it with the classic button panel that had the Porsche of yesteryear and how characteristic it was to the interiors of the Stuttgart models.

They thus renounce their bestselling model to the digital button system and continue to resort to the personal and characteristic analog system. Speaking with one of the people in charge of the PCM system, he confirmed that they did not necessarily do so because of saving on costs in an “access” model, or because Panamera and Cayenne do not convince the new system of digital buttons.

Simply, the development of each model has its terms and in the Macan did not have to adopt it so soon. Maybe in the next generation. 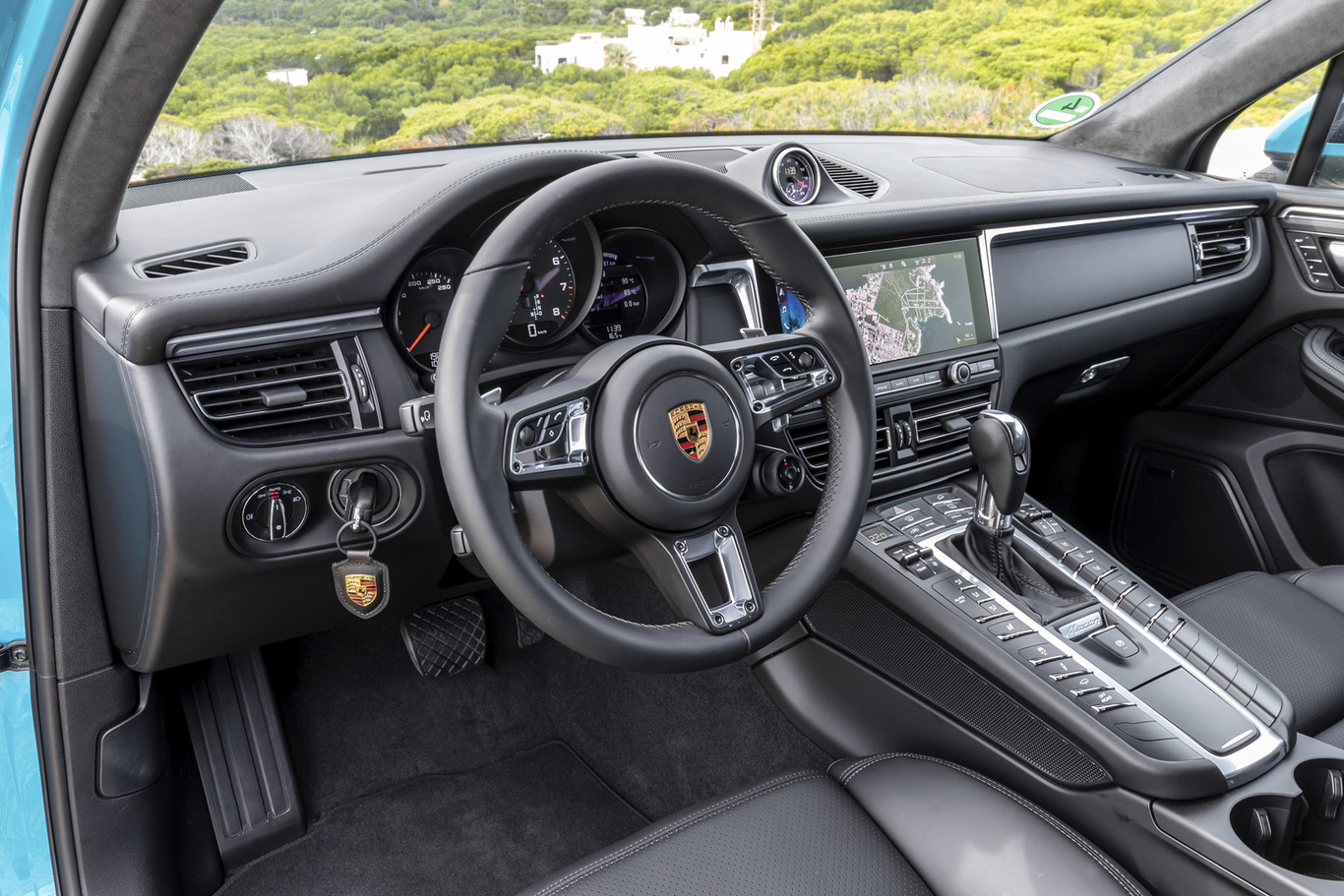 After that 10.9-inch touch screen we have access to many functions, such as satellite navigation with traffic information in real time, specific applications that allow us, for example, to consult the weather forecast for the area where we are going to travel or a distant destination, book a restaurant or just know the news of the day.

Another innovation that we find in the versions with the Sport Chrono as an optional configuration package, is the GT steering wheel with the mode selector, a rotary knob located in the lower right part of the steering wheel that premiered the 911 and which also assemble the Panamera and Cayenne. 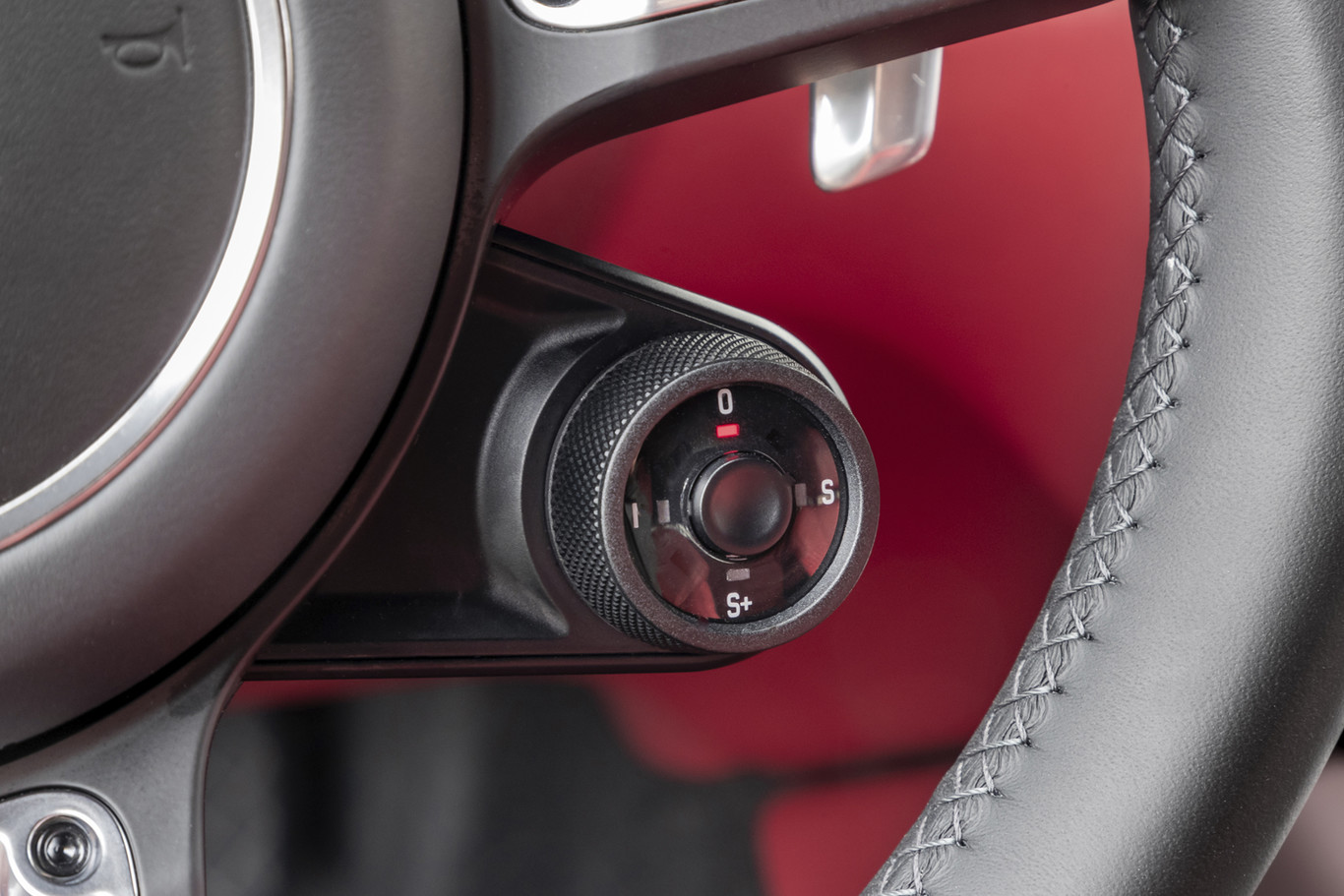 From here we can select different parameters of the car pre-configured and what is more important, press the Sport Response button that places the car for 20 seconds in its most prestacional way, for example, make an overtaking with total safety or incorporate to a highway quickly. A marvel.

There are endless possibilities offered by a system like the new PCM that, now, places the Porsche Macan at the same level as its main rivals, the Audi Q5, the BMW X3 or the Mercedes GLC that also have an internet connection and all the systems that this allows. 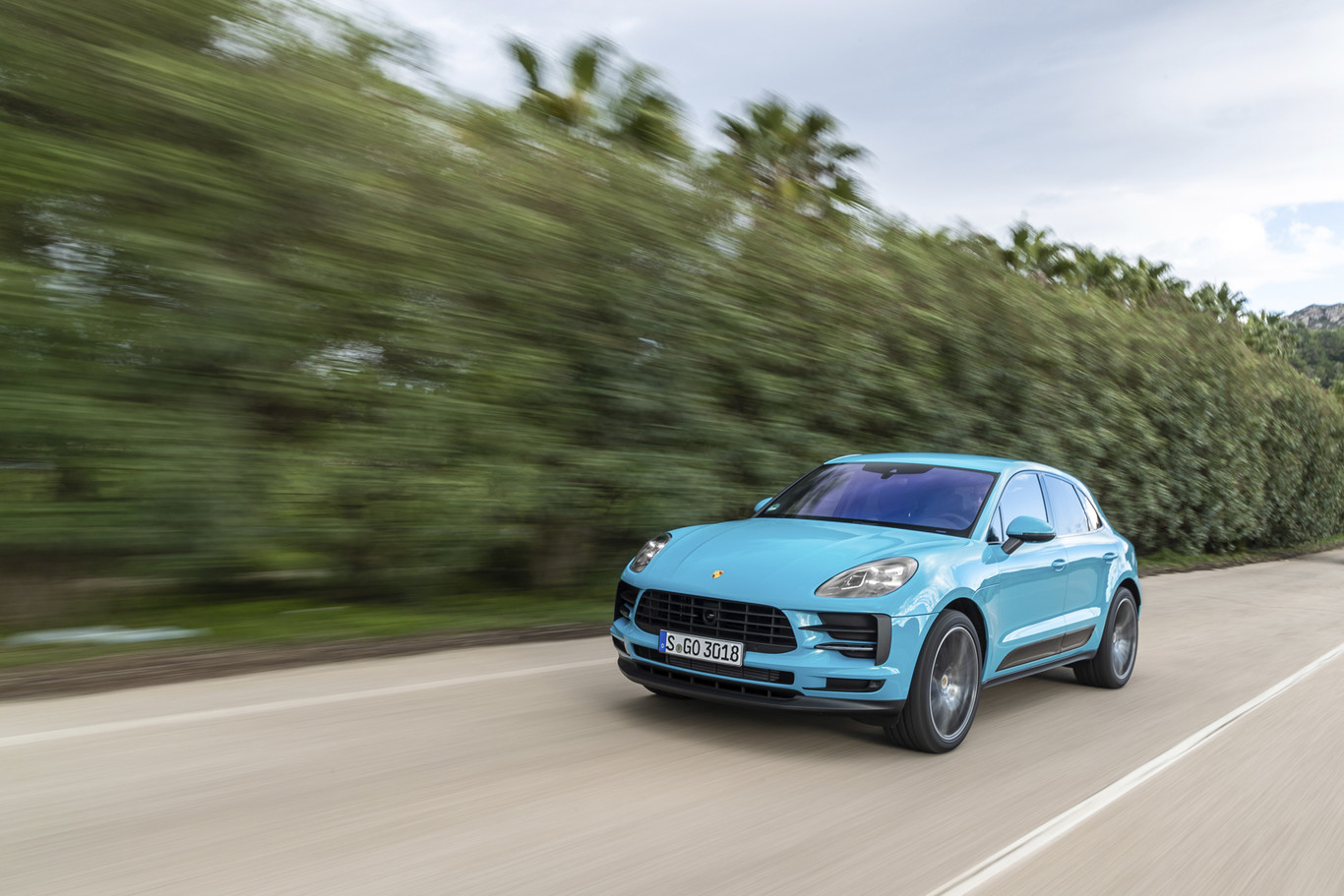 Safer than before thanks to technology

Another novelty of the Porsche Macan 2019 is found in the incorporation of a front radar that allows, in addition to keeping distance from other vehicles automatically whenever we have activated cruise control, do things like brake and start automatically in a traffic jam whenever we drive at a speed below 60 km / h.

Thus, the Porsche Macan takes steps towards 100% autonomous driving, but at the same time it allows us to continue enjoying driving, which is at the bottom of what is being discussed in a model of this approach. 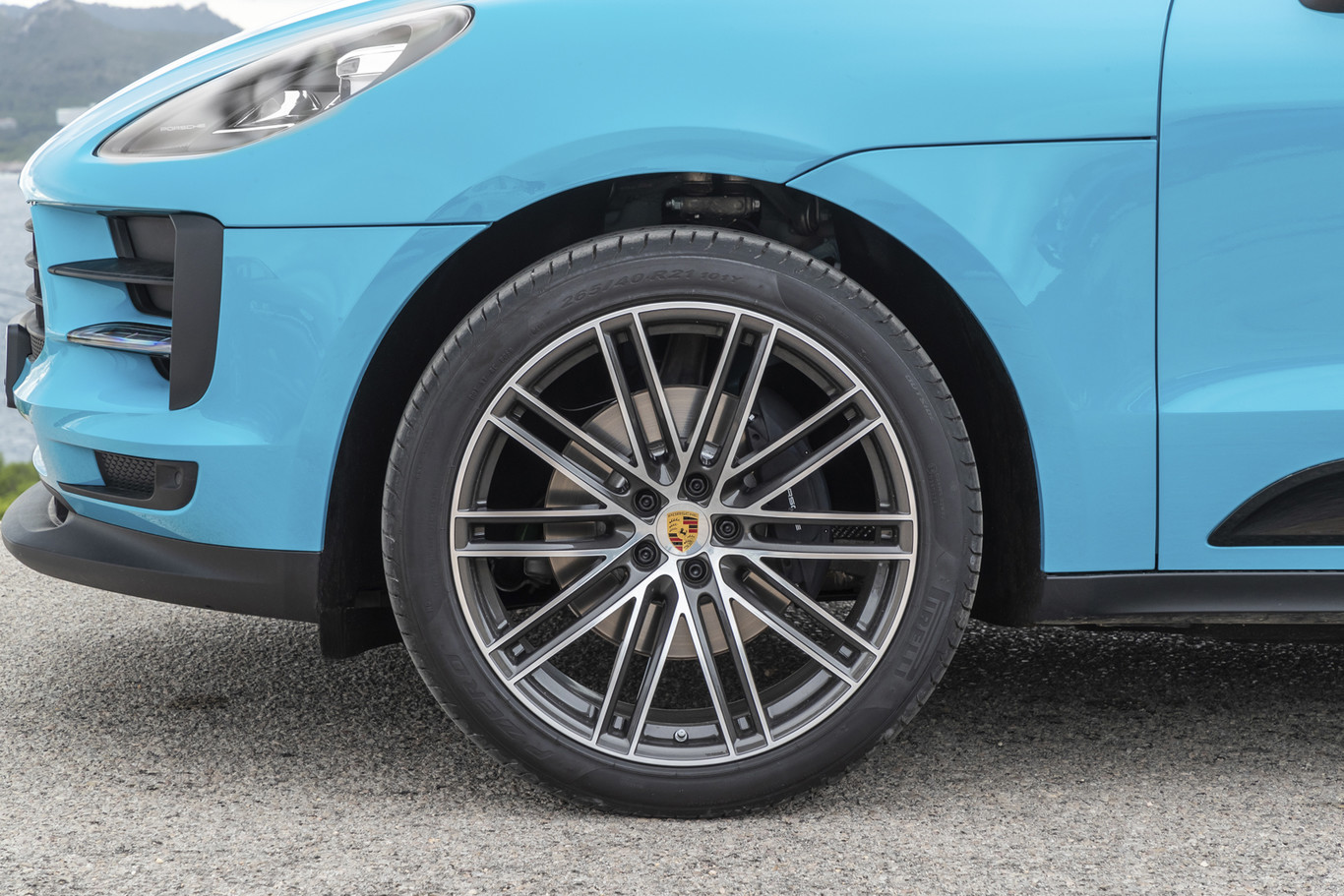 Improving the best is not easy, just change four things round

At a dynamic level, improving the Porsche Macan seemed complicated. It was the sportiest SUV on the market, agile and fast like few others, with a footprint that other much more expensive models would like for themselves, but as often happens with Porsche, there is always something to adjust, something to evolve to continue to set the benchmark.

On paper, structural changes are minimal compared to the usual Macan. There is simply talk of mixed tires, with greater width in the rear axle than in the front with the intention of doing it dynamically better. And works. 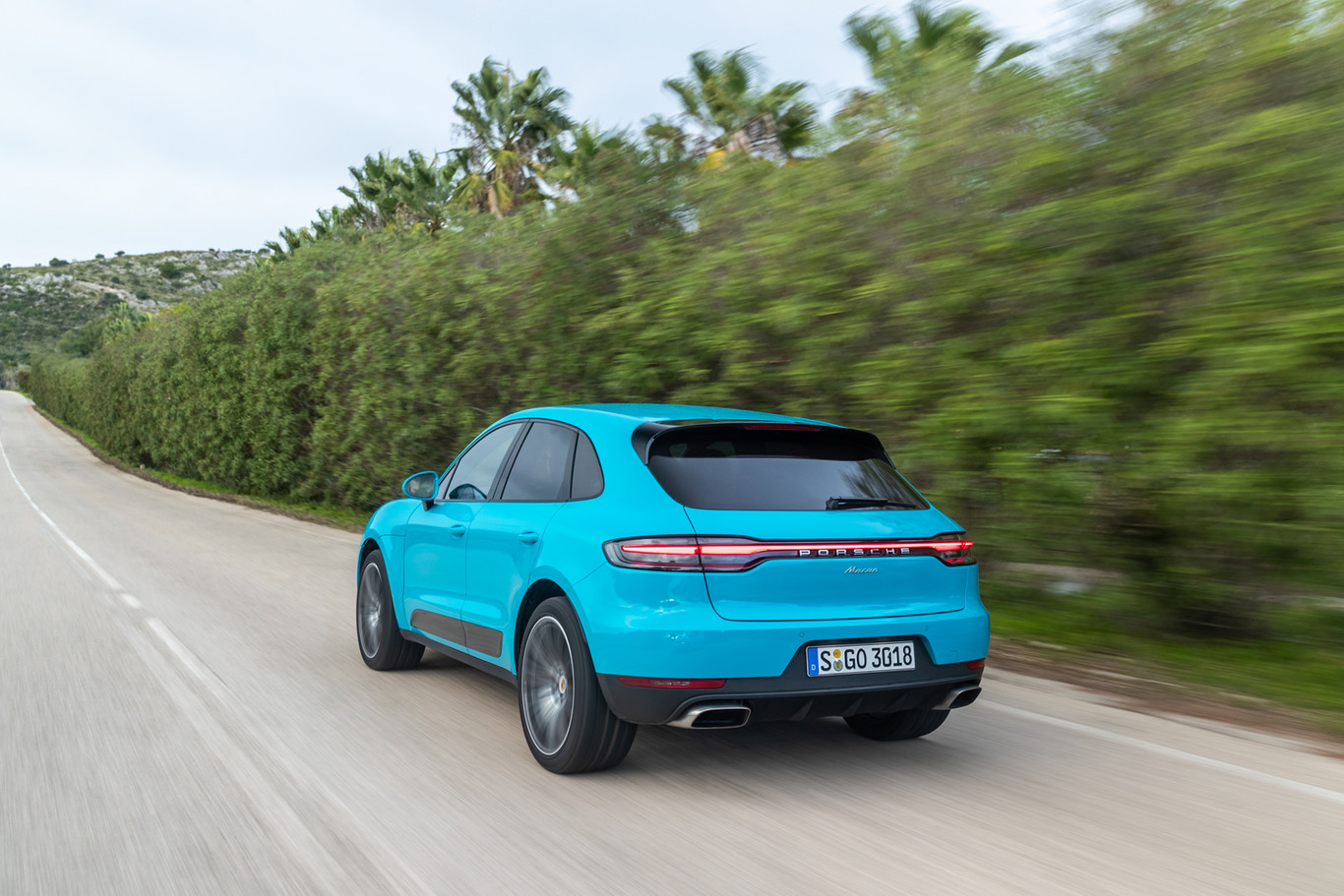 The Porsche Macan continues to stand out for its direct, agile and dynamic touch. It is not an SUV like most, here what happens under the wheels is transmitted in a very direct and unfiltered to the driver, allowing confidence when attacking is absolute, accurate and accurate.

The Porsche Macan footprint, with its characteristic hardness and good touch, is now improved with a set-up that although it is difficult to specify what has changed, we can assure that it is more accurate and ultimately more refined. 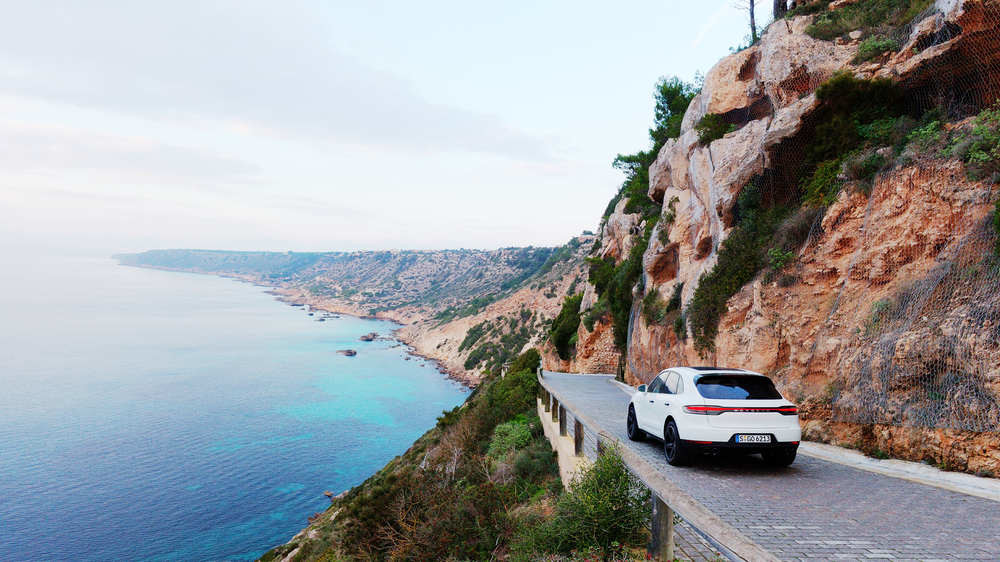 Two gasoline engines and not a word of the hybrid

Initially this version of the Porsche Macan 2019 comes to the market with two mechanics. On the one hand the Macan “to dry” mounted the four-cylinder turbo engine that we tested in the previous generation, but with some changes. 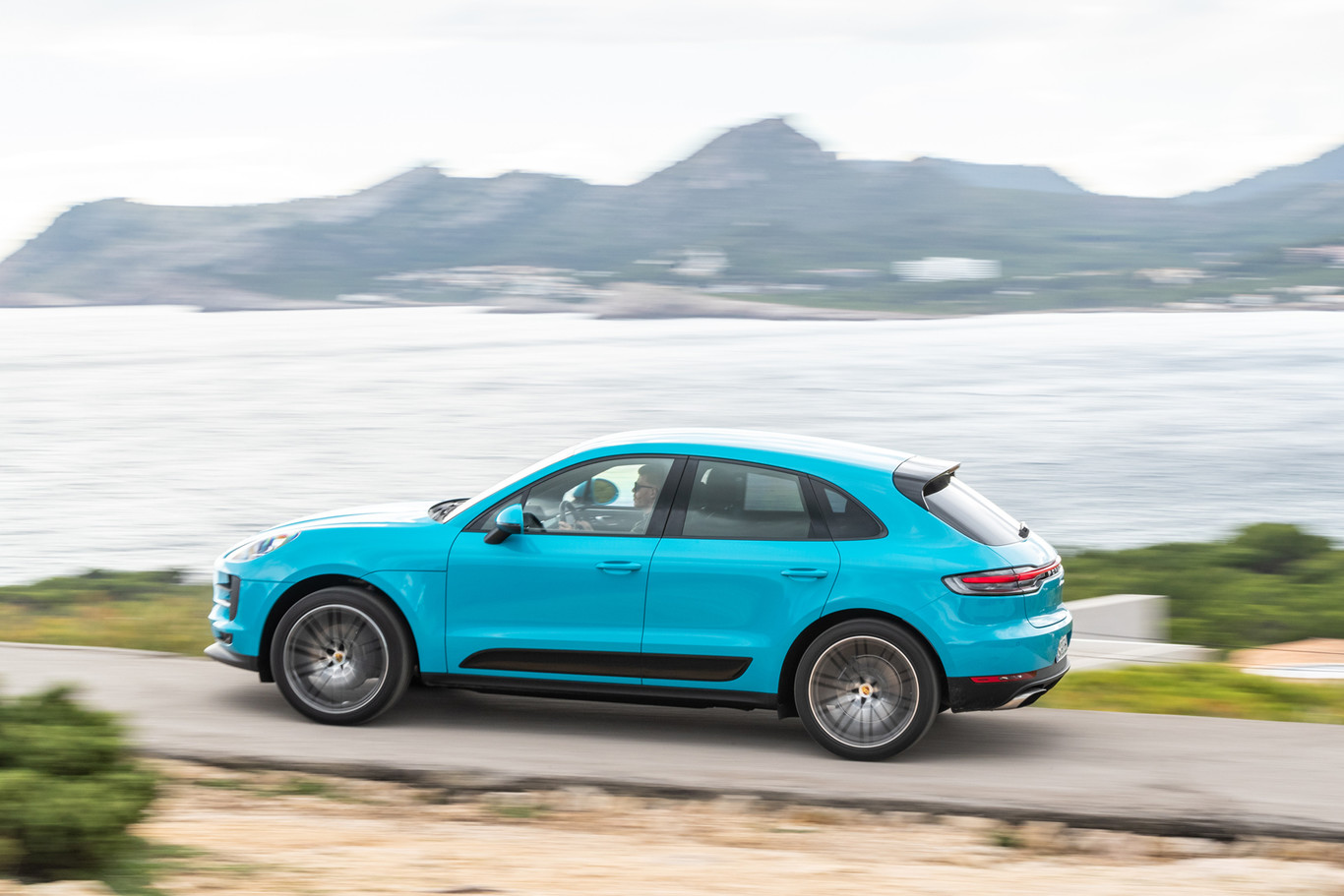 Now it delivers 248 HP instead of the 252 HP previously, but above all it delivers them better. Better because it is softer, with less vibrations and a touch in general of the most pleasant set.

The engine feels very full from low revs, gets along very well with the 7-speed PDK gearbox and has a very nice touch, considering that this is a basic version of access. 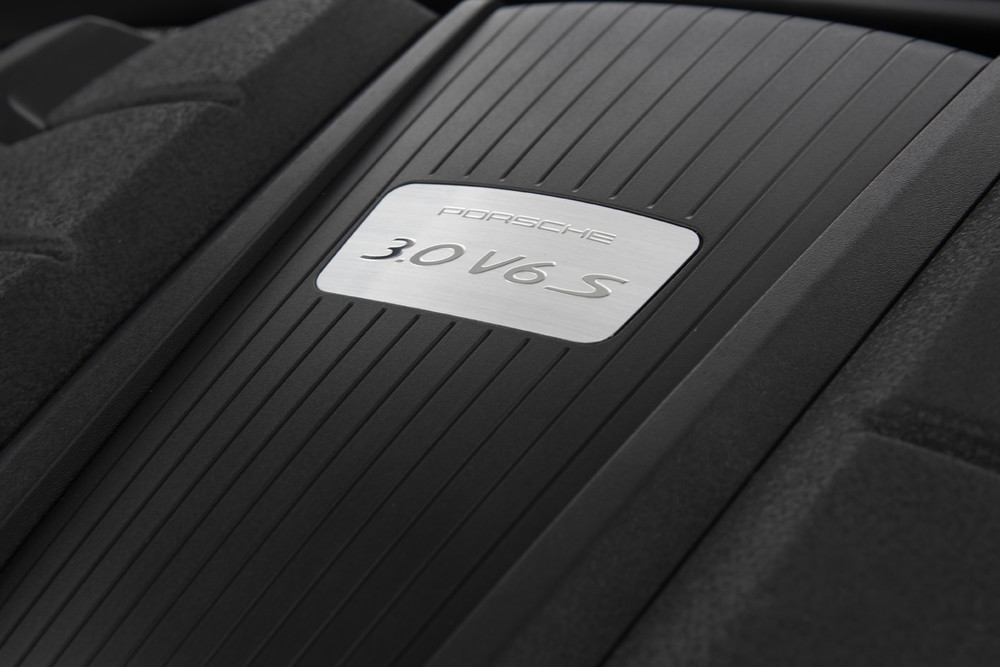 So, we should not expect benefits of those capable of leaving us with their mouths open, but we can say that dynamically, and I say this after having made more than 150 kilometers of mountain road with thousands of curves, few cars can keep up of this when you go happy, and what is certain is that no average SUV with a similar power level comes close in terms of benefits. 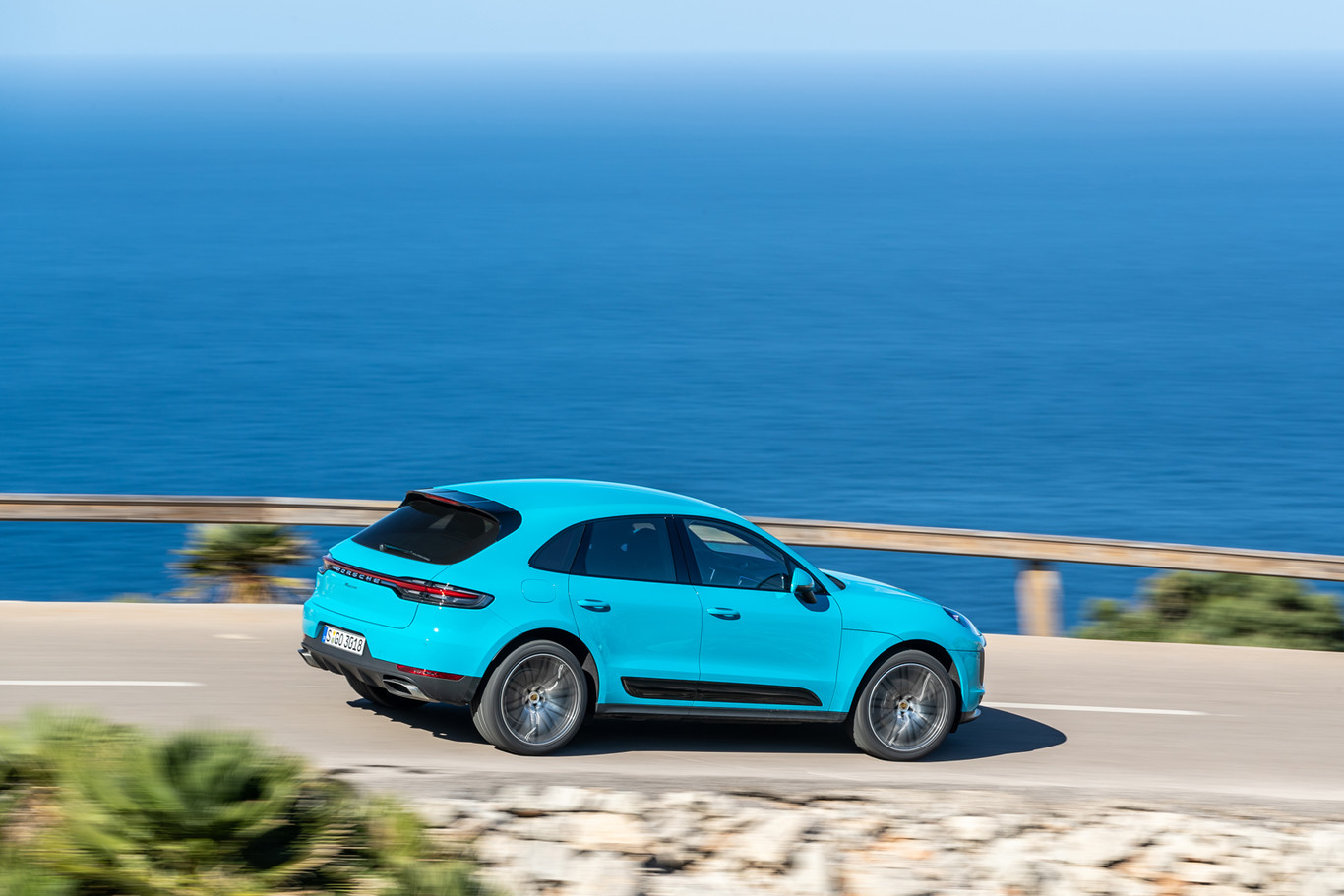 One of the details that allows to identify the Macan S is the double exhaust outlet on each side of the car. In total four exits that give it a sportier look.

But logically we are in Porsche and customers of the brand demand cars with high performance. For that reason, for those that the Macan ‘to dry’ they can be short, above is the Porsche Macan S, novelty that we could also try during the international presentation in Mallorca. 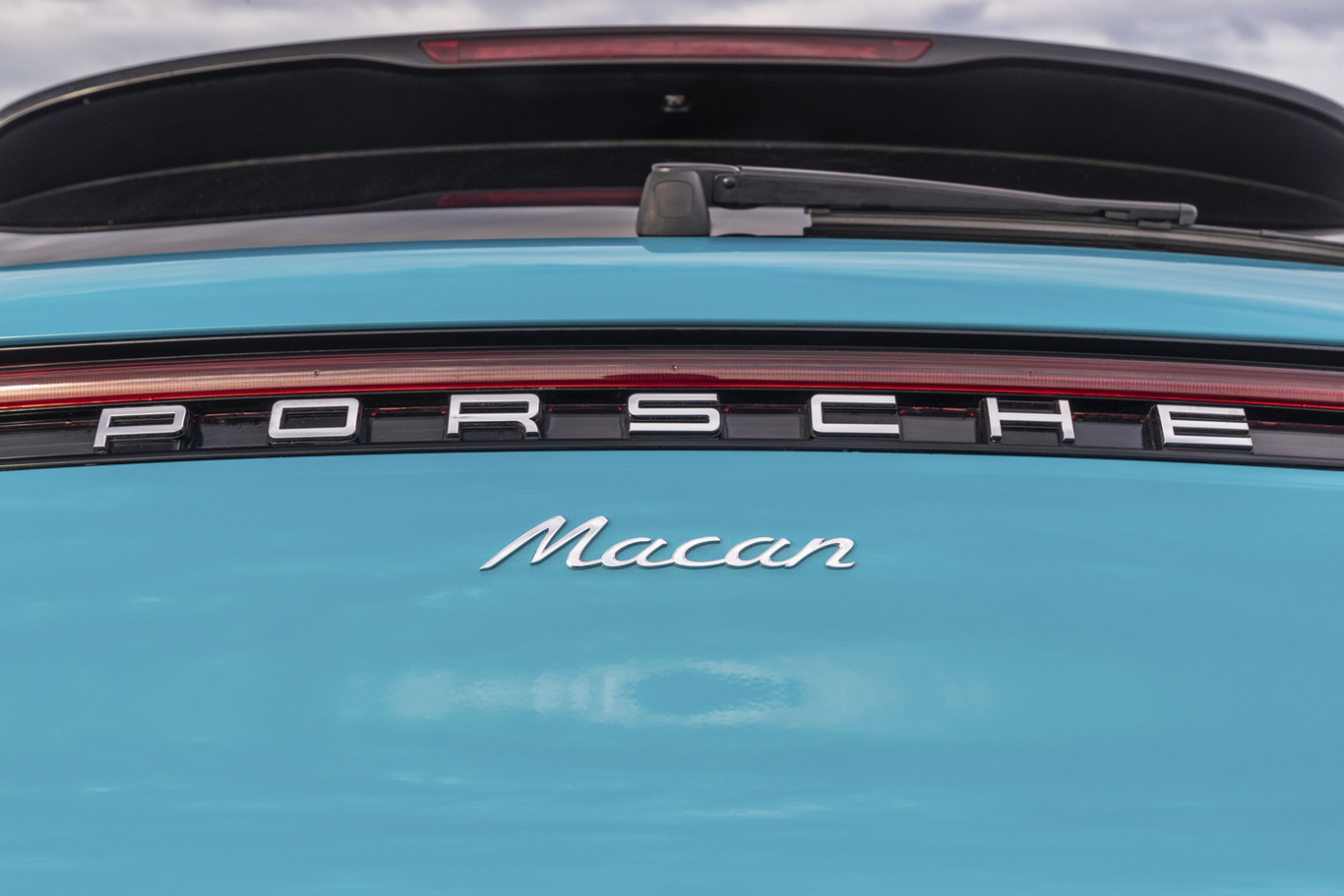 The Porsche Macan S incorporates all the Macan news in terms of technology, aesthetic changes and others, but it does with a new engine in the Macan family.

It is a six-cylinder turbocharged V6 engine that we had already tested in the Panamera and Cayenne, which has as its main technical feature the disposition of the exhaust gas turbocharger inside the V of the cylinders. 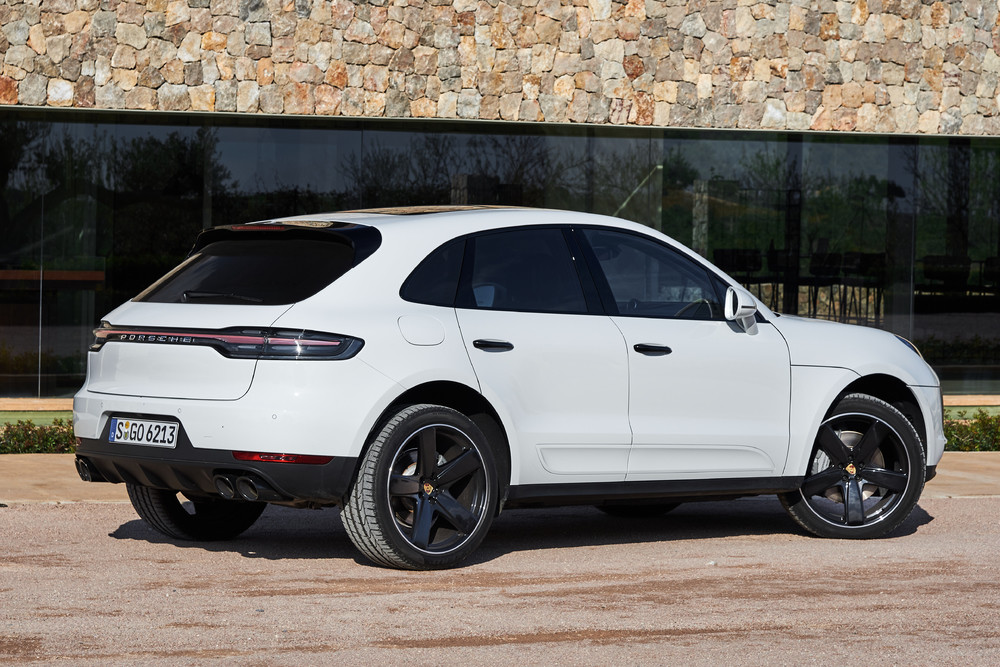 With 354 HP and a torque of 480 Nm, the Macan S is perceived as a high-performance model, not a mid-size SUV anymore. As soon as you start it, the buzz of the escapes encourages you to really drive it, take it a step beyond the normal, as the cycle part allows.

The contact with this unit was brief, but enough to corroborate that the new generation Macan S is not only 14 horsepower more powerful than the previous one, but it is also better in the dynamic section while maintaining a comfort of amazing march. 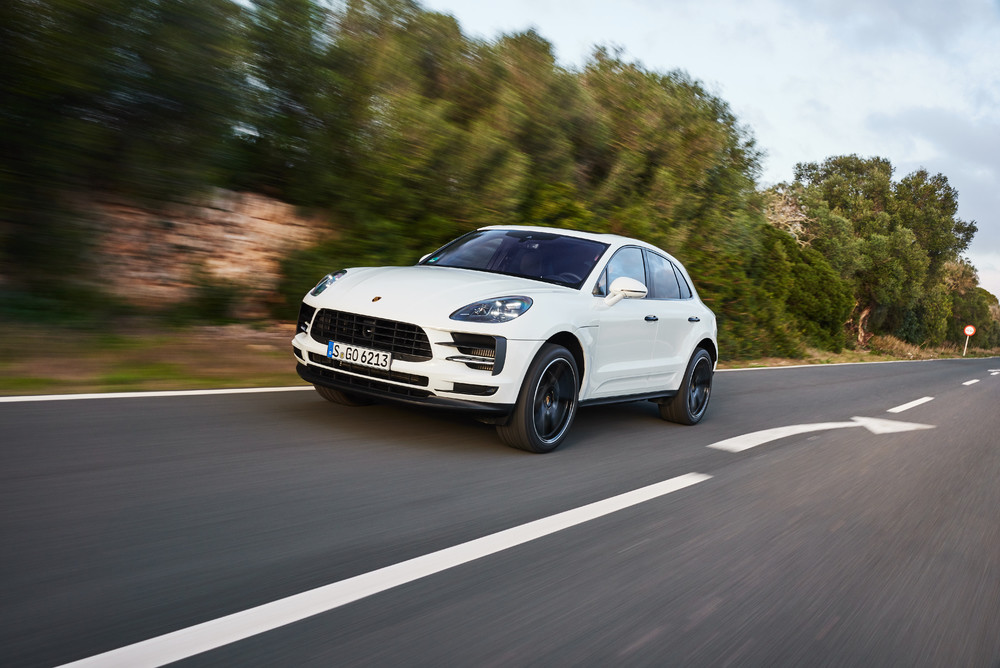 With the Sport Chrono package, the Porsche Macan S accelerates from 0 to 100 km / h in 5.1 seconds, and reaches a top speed of 254 km / h. But above all, it feels fuller in the whole band of revolutions, faster reactions when we draw curves and, in general, more sporting than its immediate predecessor.