In the wake of the newly announced BMW R 1250 GS this morning, the BMW R 1250 RT is also aiming for the exciting new world of variable-displacement boxer cylinder engines.

The mechanical section of the BMW R 1250 RT shoots the propeller used in its maxitrail variant, which means that the maximum power and torque rise but the consumption and emissions are adjusted while softening the response rolling at low revolutions. 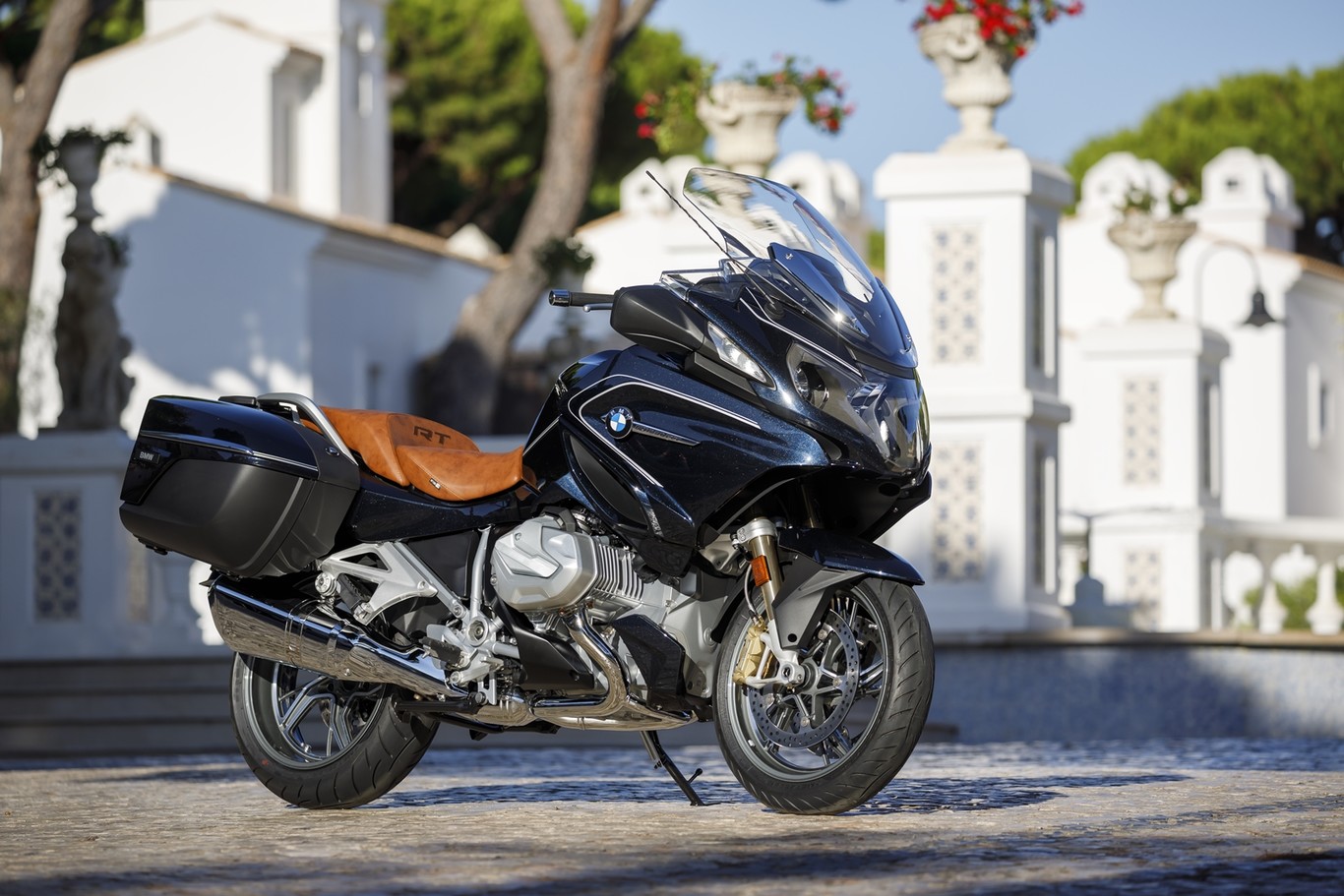 The twin engines of whatever type have many advantages, such as a character, a stronger delivery and sound with more presence. Now, among its pros is not the finesse when rolling slowly and in particular in slight openings of the accelerator and with abruptness in the on-off-on.

Although in 2012 BMW introduced a completely redesigned boxer motor, cooled by water and with a much more pleasant touch than the well-known water boxer now relegated only to the nineT family, those advances were not enough and now, facing the imminent Euro 5 regulation, BMW has taken all its artillery to walk.

As explained in the article in the BMW R 1250 GS, the Shiftcam Technology system introduces a new variable distribution scheme that acts on the intake valves, varying their opening and travel times. Its benefits go beyond the final figures with 136 hp at 7,750 rpm and 143 Nm at 6,250 rpm. 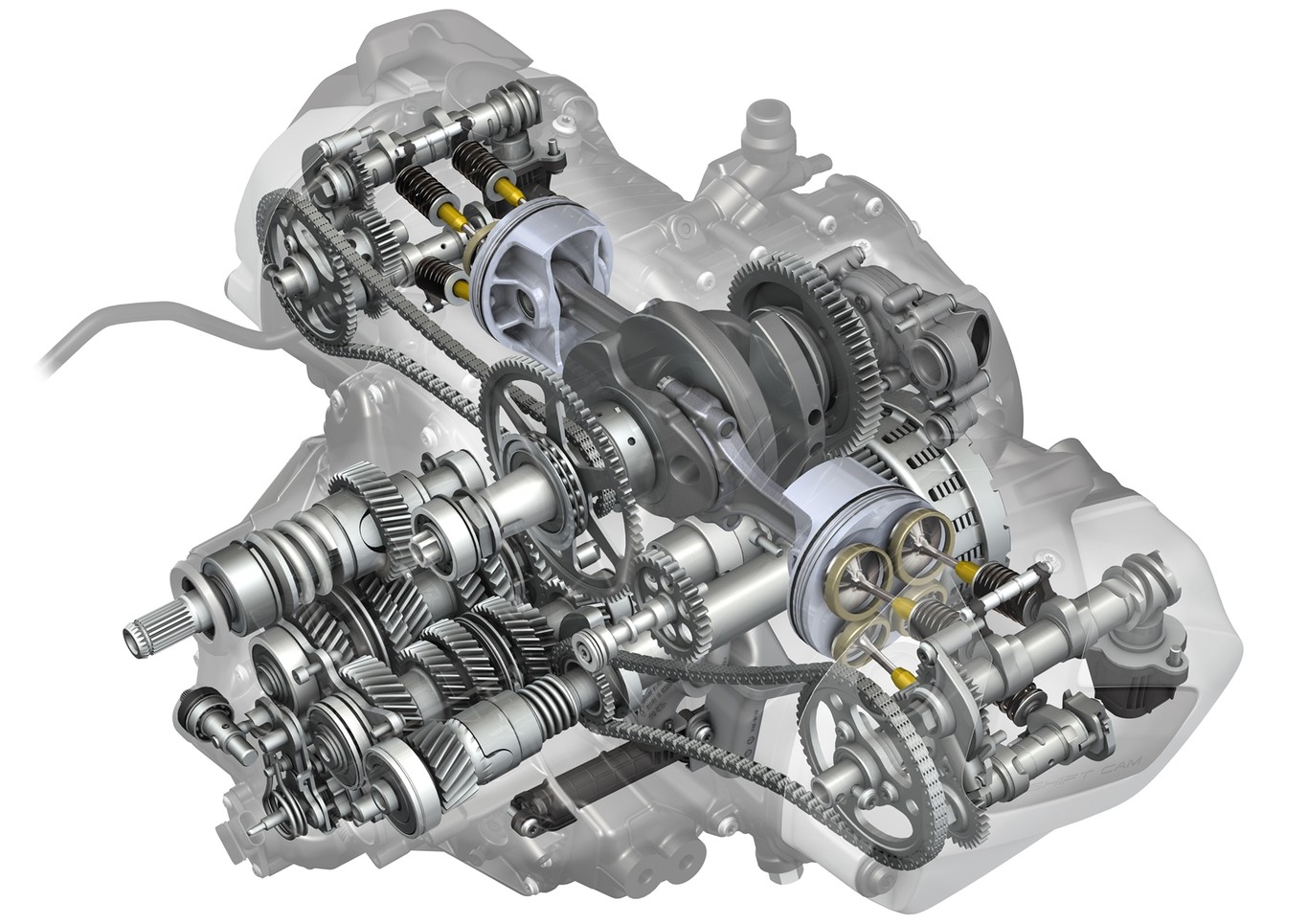 The new engine, which has also raised its displacement to 1,254 cubic centimeters, promises that with the adjustment in times of opening and elevation of the valves your touch will be more velvety and comfortable than ever. At the same time and in the face of the restrictive Euro 5, a considerable cut in polluting emissions and in mechanical noise has also been proposed.

But the novelties are not left in the engine and its peripherals, such as the new exhaust line, but also the electronics is rejuvenated with the anti-lock system ABS Pro series, a new screen of 5.7 “TFT color in the box of controls together with the double analog dial or the semi-active suspension system BMW Motorrad Dynamic ESA “Next Generation” as an option. 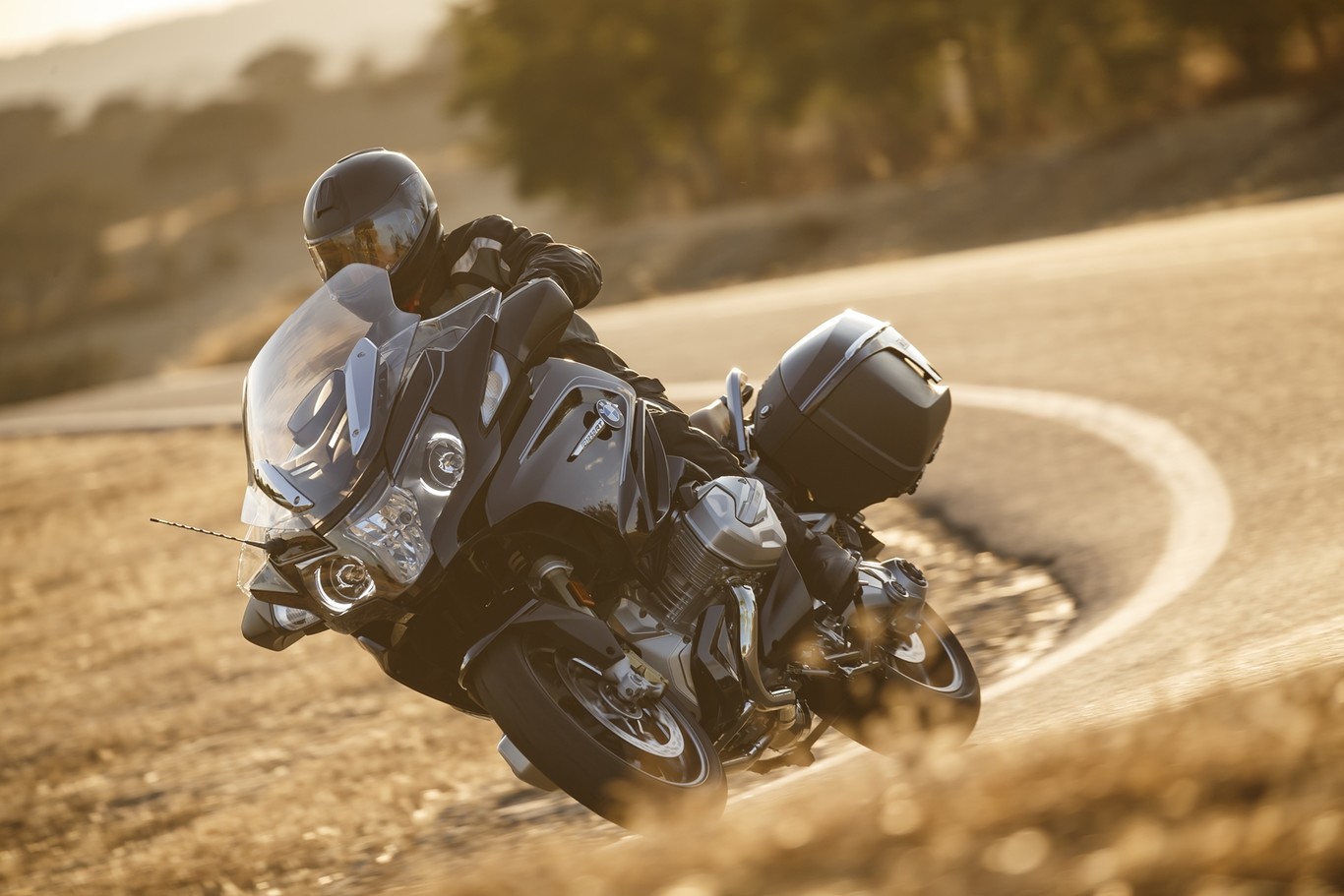 In the aesthetic section we find a BMW R 1250 RT that is traced to the outgoing model and of which we can only realize that it is its new generation by the cylinder heads of the engine, the new emblems 1250, a small keel on the front of the engine and the chromatic changes.

As standard, the new RT can be dressed in three different outfits: solid white, Executive finish in navy blue with chrome inserts and Sport red finish with sports air graphics in gray / black. In addition, two Option 719 Spezial decorations, even more elaborate, will also be available.