If you want to protect your Mac but you are not sure which security software to choose, in this list we have put together the best antivirus programs available on the market for Apple computers.

Nowadays, every owner of a Mac knows that this statement that says that Apple computers do not have malware is a completely false myth.

In fact, the numbers of viruses for macOS are growing: according to the data managed by the popular independent security agency AV-Test, in June 2018 there were already about 43,000 examples of malware for Mac, surpassing the 38,000 that were detected throughout the year 2017.

Although it continues to be very far from the amount of virus for Windows, it is undeniable that the malware for macOS has exploded, since nowadays it is 100 times higher than the forecasts of the experts.

For this reason, if you have an Apple computer it is very important that you protect it with good security software. If you have doubts and do not know which one is best for you, in this article you can find the best Mac antivirus for 2018.

To develop this list, we have based on the most recent tests of the last AV-Test report, published last July. This report shows the results of tests of protection, performance and usability of a series of antivirus products, carried out in the same model of iMac with macOS High Sierra 10.13.3 installed. The AV-Test laboratory grants a maximum of 6 points in each of the three categories, so that the maximum score that can be obtained is 18 points.

According to the results of these tests, the best Mac antivirus programs of 2018 are the following … 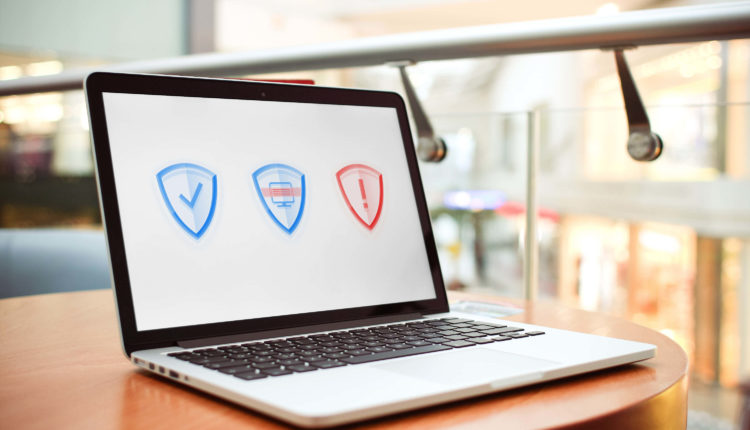 Below we review the features, strengths and weaknesses of each of these Mac antivirus programs. Take note to choose the most convenient solution for your team …

Bitdefender Antivirus for Mac is one of the four antivirus solutions that has achieved the highest score in the AV-Test report. This is due to the fact that in the tests carried out he protected the equipment in all situations without having any failure. Includes protection against all threats for Mac, offers a multilayer protection against ransomware, ensures a secure browsing experience and blocks and removes adware.

In the protection tests, each of the solutions had to detect more than 500 fairly recent threats, and Bitdefender was able to detect 100% of the malware to which it was exposed, with zero false alarms. In addition, in the potentially unwanted applications detection test (PUA), the software identified between 95 and 99% of more than 2,500 PUA.

In terms of performance and usability, the Bitdefender for Mac antivirus also scored highest in both categories. This is because the program is lightweight and does not excessively consume equipment resources, making operation smooth. In addition, it is extremely fast when carrying out the analyzes, and its interface is intuitive and easy to use for users. Keep reading WHAT WAS MISSING, ANDROID APPS AND BOTNETS THAT WANT TO USE US TO MINE CRYPTOCURRENCIES

Intego Mac Internet Security X9 is another of the best antivirus for Mac of 2018. This has been demonstrated in the tests carried out by AV-Test, in which it has obtained the maximum score in the three categories.

This software provides 24-hour protection against common Mac threats, detects PC malware so that it does not spread infected files unknowingly and searches for viruses on iOS devices to block and eradicate them. It also offers you an intelligent firewall to ensure network security, identifies and blocks untrusted devices and blocks connections to third-party domains to prevent information theft.

In the detection tests, Intego’s security software was able to detect 100% of the more than 500 malicious codes to which it was exposed and did not return any false positives.

In the categories of performance and usability, this antivirus for Mac also obtained the highest score. It does not consume excessive resources of the equipment, it is easy to configure and carry out a complete analysis of the computer does not take more than 30 minutes. In addition, if you prefer it also puts at your disposal a quick analysis mode for daily use.

Another of the best antivirus for Mac that you can find in the market in this 2018 is Symantec Norton Security. This security software provides complete real-time protection against ransomware, viruses, spyware, malicious programs and other Internet threats.

In addition, its intelligent firewall and advanced protection allows you to safeguard confidential and financial information when you are connected to the Internet.

As far as detection is concerned, in the AV-Test tests, the Symantec solution successfully identified 100% of the threats, without any false alarm. It also stands out with good note in the detection of potentially dangerous applications, identifying between 95 and 99% of more than 2,500 examples.

The performance and usability of this antivirus also get the highest rating, which means that the software is lightweight and does not consume too many resources, as well as being easy to use.

Among the best antivirus for Mac of 2018 is Trend Micro, which has obtained the highest score in the AV-Test report.

This program offers comprehensive protection against all types of malicious software, including ransomware and other Internet dangers, and in screening tests has identified 100% of the copies to which it has been exposed. The detection of potentially unwanted applications is also remarkable, with an identification between 95 and 99%.

Simplicity and ease of use is another of the most outstanding features of Trend Micro’s Mac antivirus, so it has also achieved the highest score in the usability category. In addition, its operation is fluid and does not overload the equipment, so that its performance score is also the maximum.

Kaspersky Internet Security is another of the antivirus programs that you have to take into account to protect your Mac. This software keeps your computer safe from all types of malware and attacks from hackers, and also ensures the security of your banking information and your privacy.

In the detection section, Kaspersky’s antivirus for Mac successfully identified 100% of the pieces of malware to which it was exposed, as well as between 95 and 99% of potentially unwanted applications.

In the performance category, although it is a solution that does not slow down the equipment excessively, its execution is a bit heavier than that of other programs, so instead of the maximum of 6 points it has achieved 5.5. Its interface is simple and easy to use, so that in usability it has obtained the maximum score.

Another of the best antivirus programs for Mac of 2018 is Avira Antivirus Pro, a solution that offers excellent protection against threats for macOS and Windows, so it helps you avoid the spread of malware for PC without noticing.

In the tests of detection it presented / displayed some small problem, but even so its rate is very high and it is able to identify 98.4% of the malware to which it has been exposed. In what potentially unwanted applications are concerned, in the tests the solution detects between 95 and 99% of cases.

Compared to the other analyzed antivirus, Avira’s software slightly slows down the functioning of the equipment during its analysis, so that in this category it has obtained a 5 instead of a 6.

If you would like to enjoy quality protection without spending money, Avast Security is a free antivirus for Mac that you have to take into account.

This free solution protects your computer against malware, malicious websites and WiFi networks, with a detection level of 100% of the threats to which it has been exposed in the tests without any false alarm. In addition, it also alerts you to potentially unwanted applications, identifying between 95 and 99% of the copies.

As far as usability is concerned, it stands out for its simple and intuitive interface. The only thing that can be put is that during the analysis slows down the team, which is why AV-Test has scored in this category with a 4 instead of a 6.

Our list of best antivirus for Mac 2018 is closed by F-Secure Safe, a protection software that is also compatible with Windows 10 and mobile devices.

The F-Secure antivirus offers comprehensive protection against viruses, Trojans and ransomware, protects the security of your connection to operate with online banking and also provides parental controls to limit and monitor children’s access to the Internet.

In the AV-Test report, F-Secure has the lowest score in the detection category, which does not mean it is low: its threat identification rate is 96.4%, a very competitive figure.

In the performance section the score of this solution also falls a bit because it slows the system slightly, so it gets 5 of the 6 possible points. On the other hand, in the usability category, the maximum points are taken thanks to its ease of use.