February we already knew that it was going to be one of the strongest months of this year due to the enormous amount of releases that were going to be produced with games of all kinds of genres and with totally different proposals between each other. Precisely one of the ones that will arrive this week will be Metro Exodus, the third part of the saga of 4A Games that returns after remaining several years absent.

A few weeks ago we had the pleasure of playing for a few hours some chapters of this new installment of the post-apocalyptic franchise based on the novels of Dmitry Glukhovsky. At that time he left us with very good feelings, even giving the impression that he could aspire to become the best title of the series, so our desire to thoroughly test the final version were huge.

However, sometimes it has given the situation that we have found games in which first impressions have been very positive and the end result ends up being totally different. So, we invite you to read the analysis we have prepared and find out if Metro Exodus has been one of those cases. 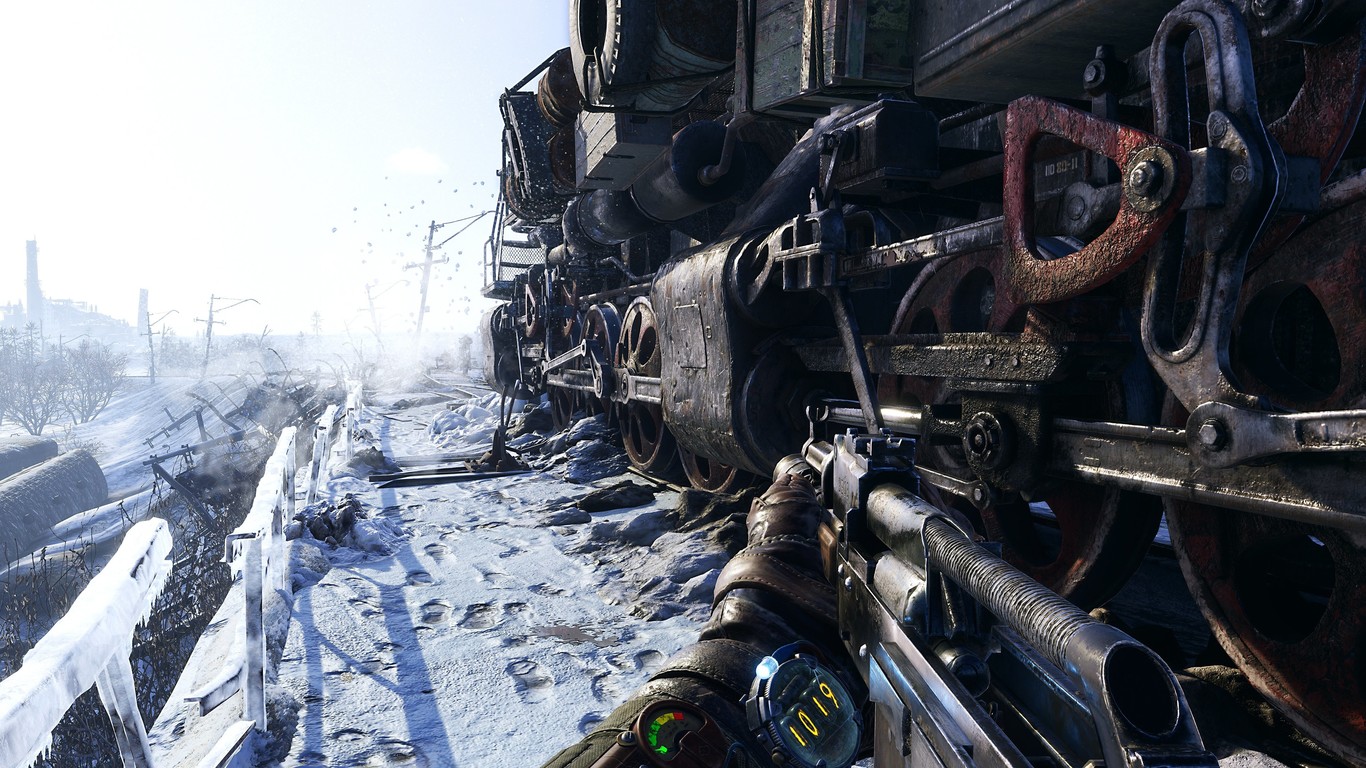 The exterior of the Moscow metro

If you are one of those who have not played the previous Metro Exodus, do not worry, because it is not so essential to better understand the argument of this game. In addition, as soon as we start, we are put in a position to deal with events that have taken place previously, in which a nuclear war has almost completely destroyed all of humanity and now only about 50,000 people around the world remain alive, or that’s what our protagonists believe.

The players will once again put themselves in the shoes of Artyom, who continues to deny the idea that they are alone in the world and there is nothing else outside the tunnels of Moscow, where the survivors are refugees. His dream has always been to go abroad and see the world, since he is convinced that there are still people outside the Russian metro. And, as they say, whoever follows her gets it, because her desire will soon become a reality. 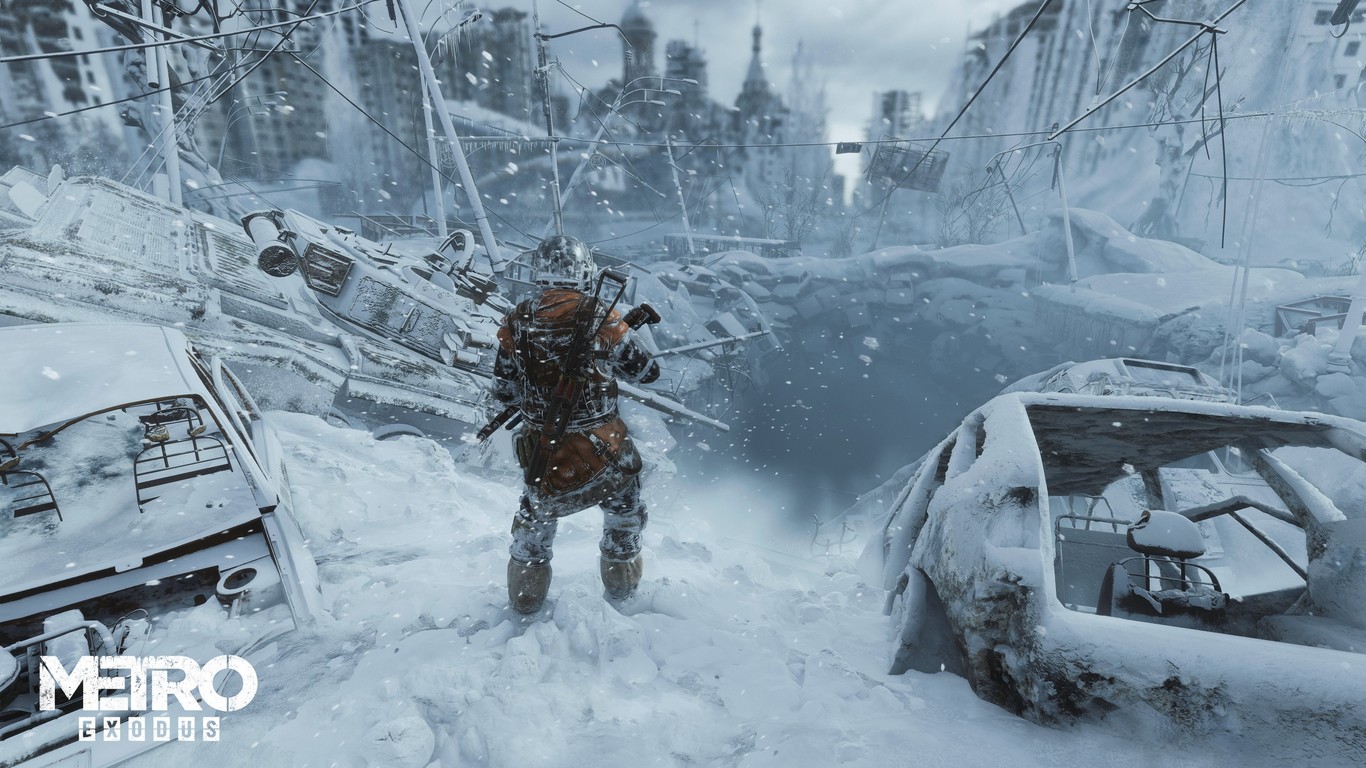 Artyom, together with his wife Anna and the rest of the Spartans of his group who have already fought with him in the past, will locate a train, the Aurora, with which they can travel through the country’s roads when they discover that our protagonist was indeed right. There are still people alive and you can breathe fresh air, despite the enormous signs of radiation that have been detected in some parts of the world and that have generated the appearance of mutants, demons and other infernal creatures.

In this way, throughout the months and during the seasons of a whole year, it will be necessary to go visiting different locations of the country for a reason that is better that you discover yourselves. All this will take us to visit levels in the form of open worlds, but not of those that you can travel at a time, but quite the opposite, because the size of all of them is huge, giving the impression that there are several games in one for the dimensions so huge that the scenarios have. 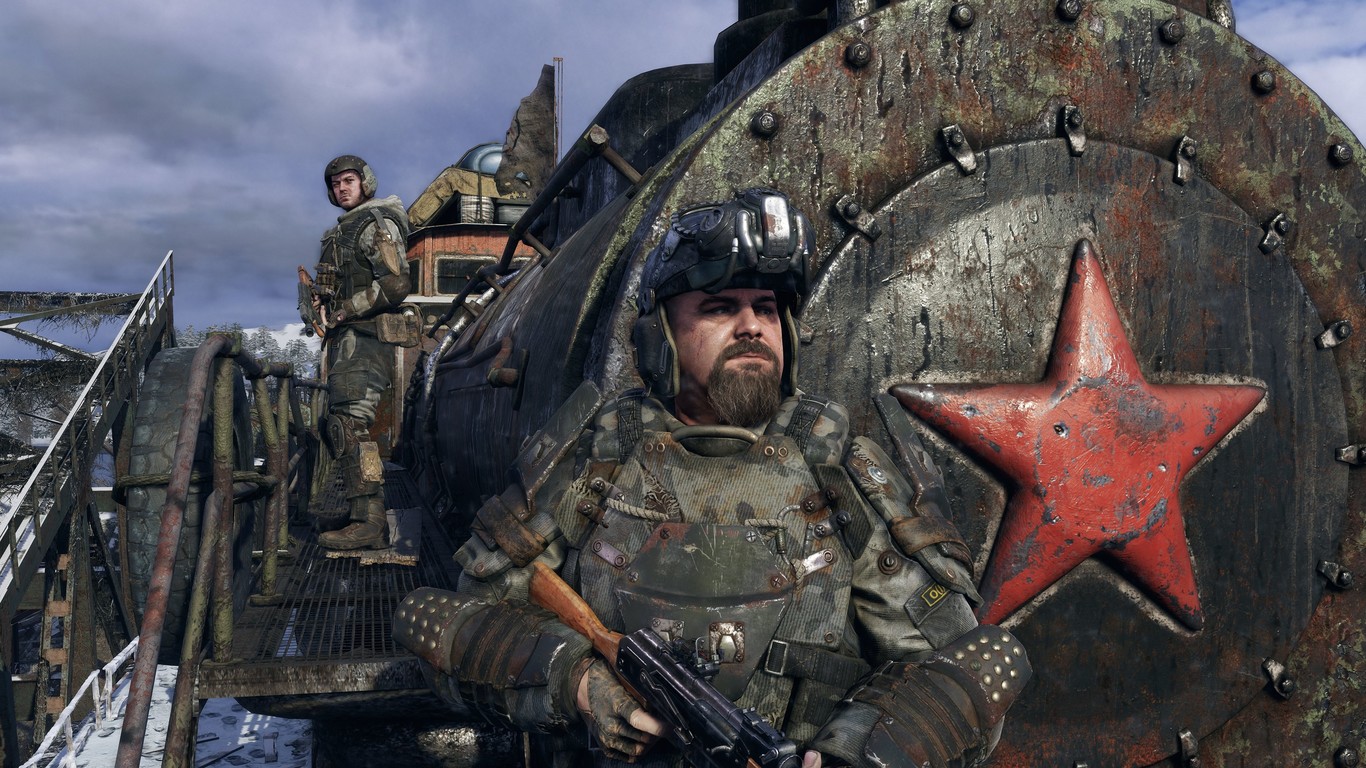 So, this time the Metro Exodus plot will not pass in the gloomy and sinister tunnels of the Moscow metro. Instead, it will be necessary to visit these maps located outdoors and in which we will pass through a snowy area, a warm desert or the surroundings of a forest, for example. Each of these sites will pose completely different challenges to each other and in all of them there will be a reason that will make us explore them from top to bottom with a plot that is narrated to perfection and that hooks you as much as the original novels do.

The truth is that the moments of action, with the exploration and more calm to talk with other characters, are very well distributed, although there are some conversations that extend considerably to limits a little exaggerated, especially in the case of those who they are a bit of filling and they serve to know more details about Artyom’s peers. All with an excellent location to Castilian and a good distribution of voices. 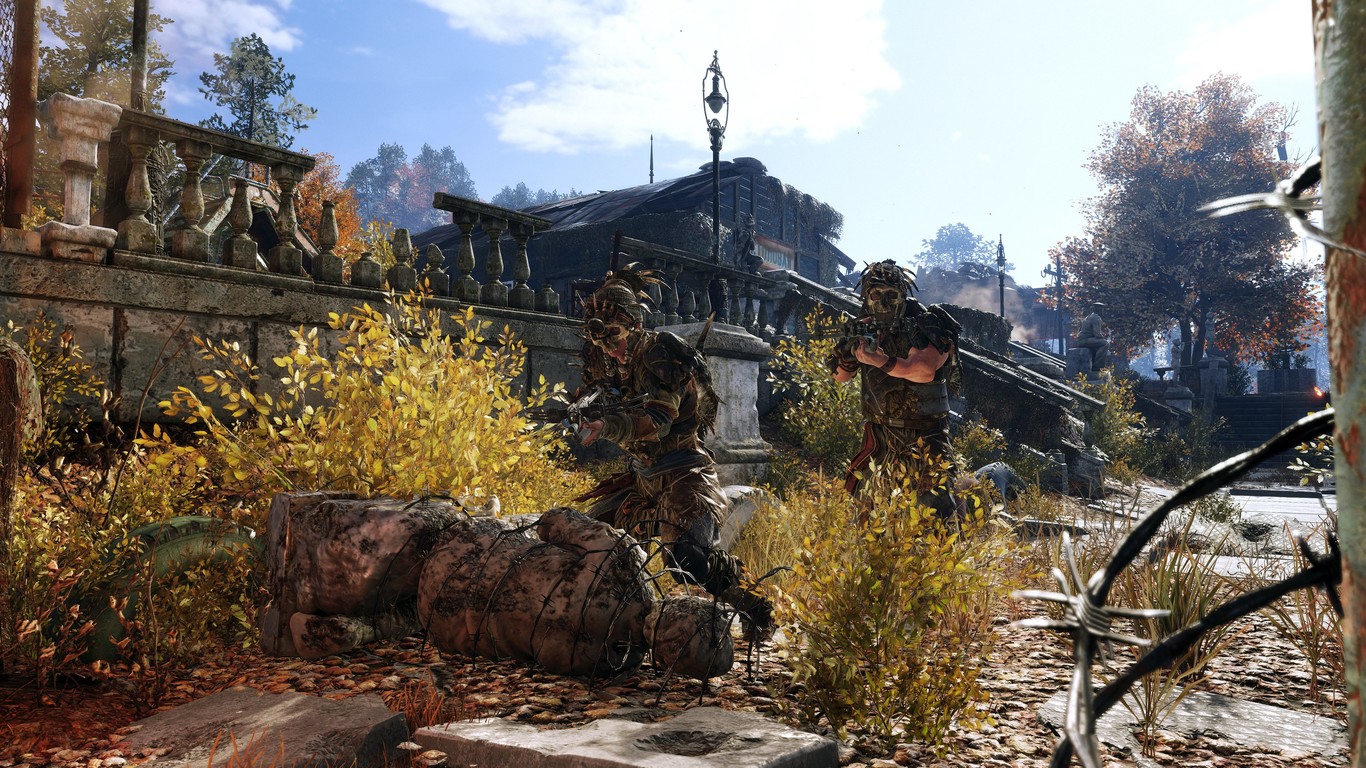 Survival will be the order of the day

Going on to talk about what is the gameplay itself, Metro Exodus, more than a FPS or an action game, you could say that what prevails in it is survival. Successful exit of every situation that occurs will be practically a victory. The adventure is a complete challenge from beginning to end. We will never feel safe and we will not have the feeling that it is a walk, unless we opt for the lowest level of difficulty, of course.

The ideal is to choose the level of difficulty that comes by default, which is the medium, although it is possible to even choose one higher still, but we already warned you that the game is complicated enough at all times, not to the point of despair, but so that we do not relax at any time. 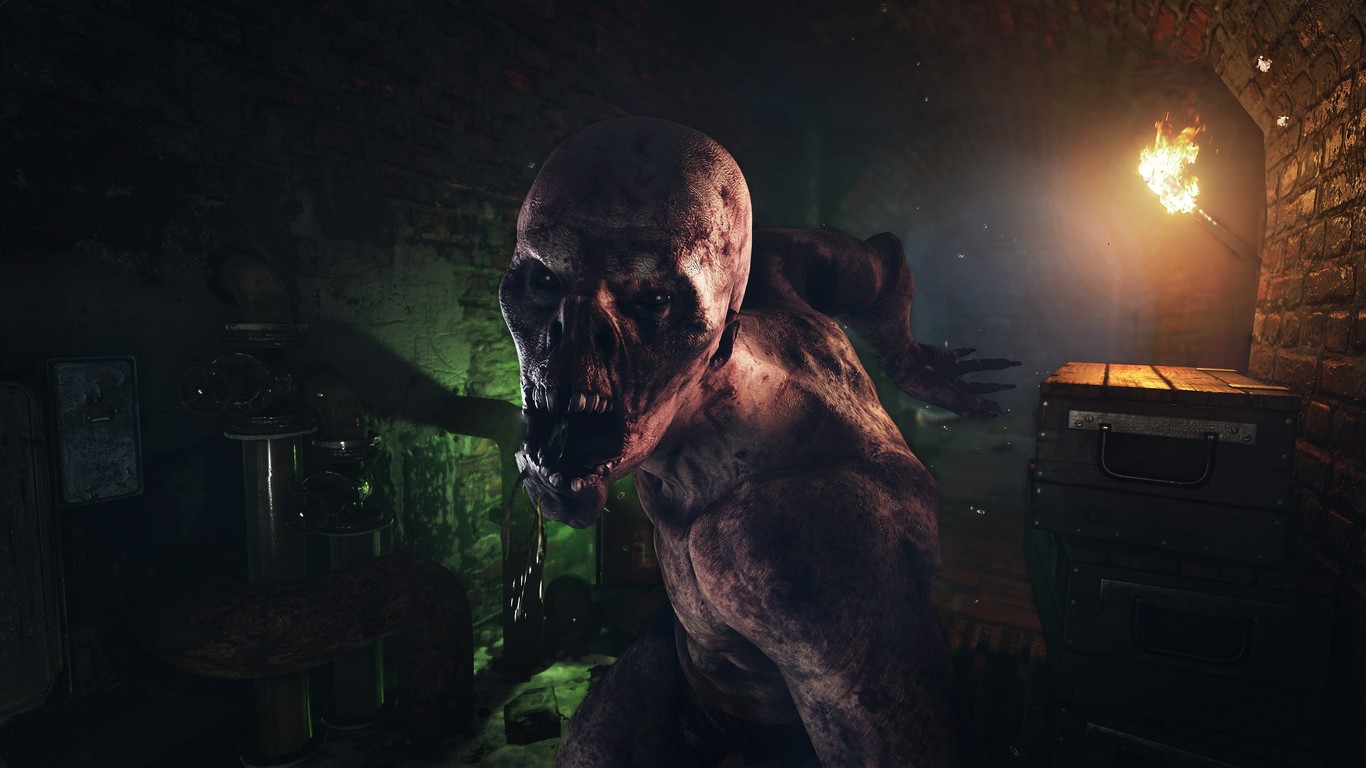 One of the great reasons for all this is that the resources that we will have at our disposal will be extremely limited. That is why it will be vital not to leave any corner to go around, to explore all the houses, underground areas, buildings and any place where we think we can find something useful. Any material will be essential, whether to manufacture kits, ammunition or other throwing objects, but especially the first aid kits, since it will be the only way to cure the health of our character, except in the simplest level of difficulty that will automatically.

In addition, we cannot neglect the weapons we obtain. Either by using them or moving through dirty places or by mud, the weapons will get dirty and wear out little by little, getting to the point where they can break completely, so we will also have to look for materials to repair them. In the end, we will have to use everything we catch in so many different things that we will have to manage the quantities properly. 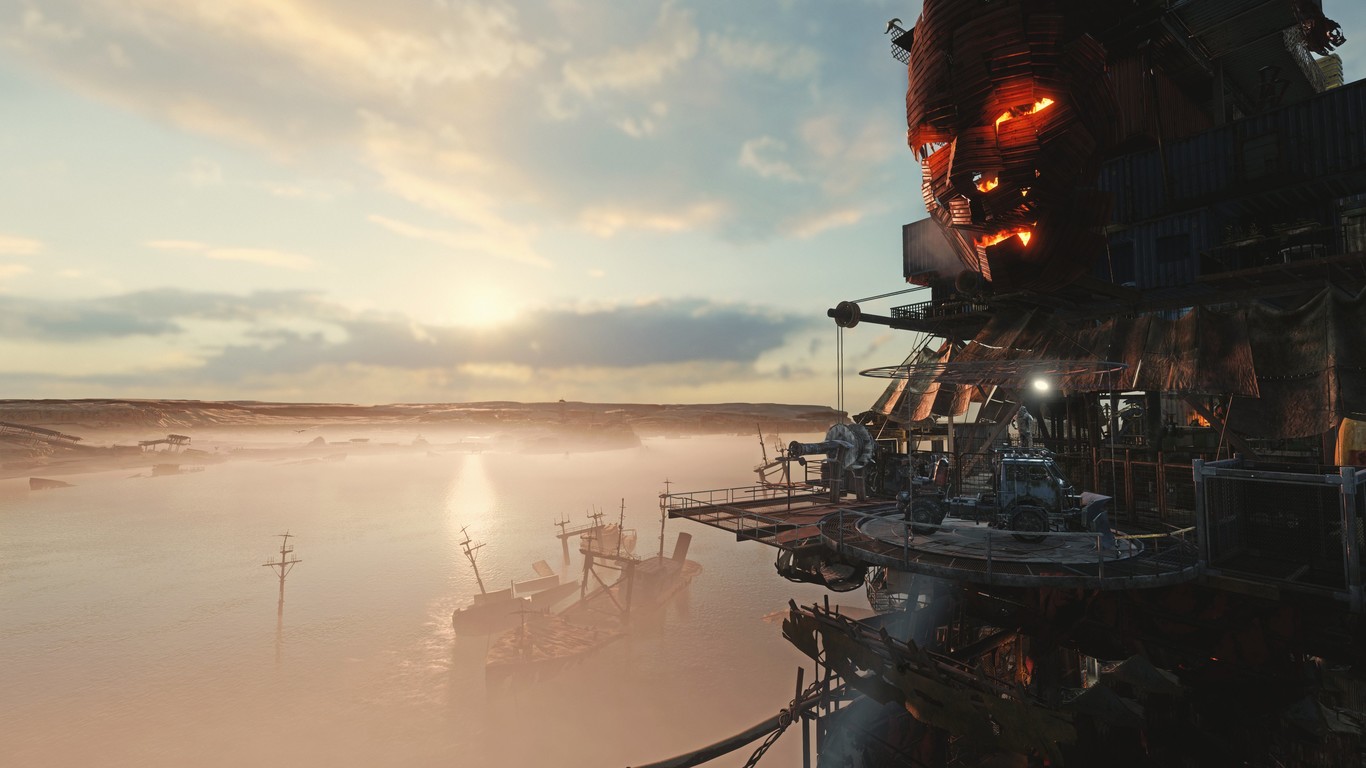 To make matters worse, the radiation caused by the war has left places where it is impossible to breathe fresh air and the only way is to use a gas mask. Of course, it may also wear out or the glass that protects it may crack, which will cause us to start breathing toxic air that will reduce our health little by little depending on how broken it is. In short, we will spend more time pending survival than something else, something that does not necessarily have to be negative, since it is one of the mechanics that characterize the saga to make it so entertaining and that make it a constant challenge.

Even so, although some resources will be in sight, let there be no doubt that most of them will be hidden in some unsuspected places. To this we must add the number of looters, bandits, mutants and other creatures that will be lurking for us as soon as they see us. Is it the most advisable to end the life of anyone who endangers our own? A resounding no, because then you will soon notice that there are practically no bullets left for defending.

The mutants, above all, will need us to give them so many shots that there will come a time when we will prefer to pass by them and any other enemy we cross. Naturally, putting feet in powder will not be sewing and singing, since they will not make things so easy and sometimes we will have no choice but to take action. Unfortunately, to be an FPS, the shooter part is not well defined enough as we would have liked and more compared to other titles of the same genre.

The nightmare of Artyom and the players

While the setting, the challenge that will involve the game and the argument are some of the aspects that we love most of Metro Exodus, Artyom’s dream of escaping abroad ends up becoming a nightmare, and not the dangers that They will await you everywhere, but because unfortunately this delivery has another set of details that have not convinced us too much and that mess up the experience a bit. 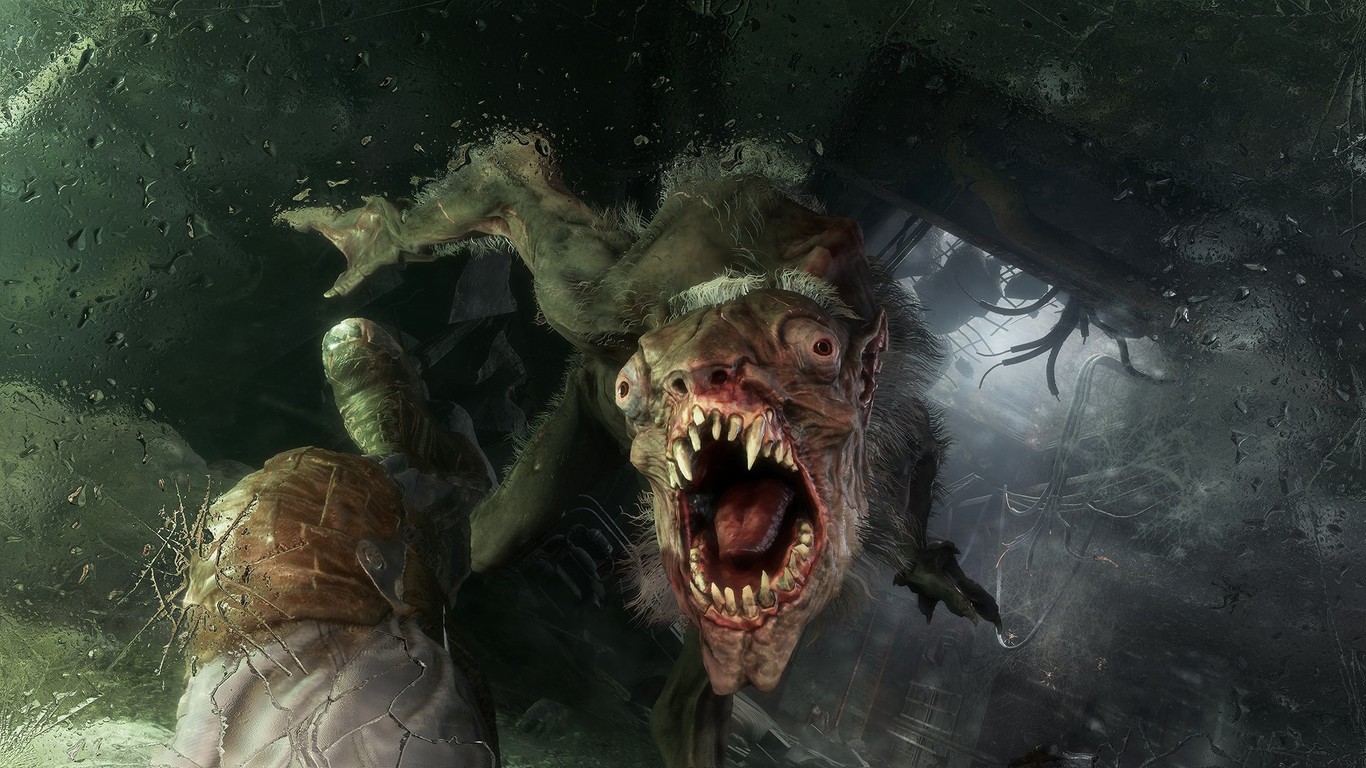 As indicated above, the scenarios will be open worlds and the good thing is that we will not witness any type of loading screen. The action will take place from the pull, with its sequences in real time, although if we die or load the game at a previous point, we will have to eat a loading screen that will take about a couple of minutes to complete before letting us play, so of course, have to endure that if you die many times …

On the other hand, the idea of betting on open worlds is very good, but what they sin is not being sufficiently exploited. Almost all the time we will be going from one place to another and there will only be really important things to do in very specific places, so it would have been preferable for the maps to be smaller and not have that feeling sometimes of having nothing to do anymore there to go from one place to another. 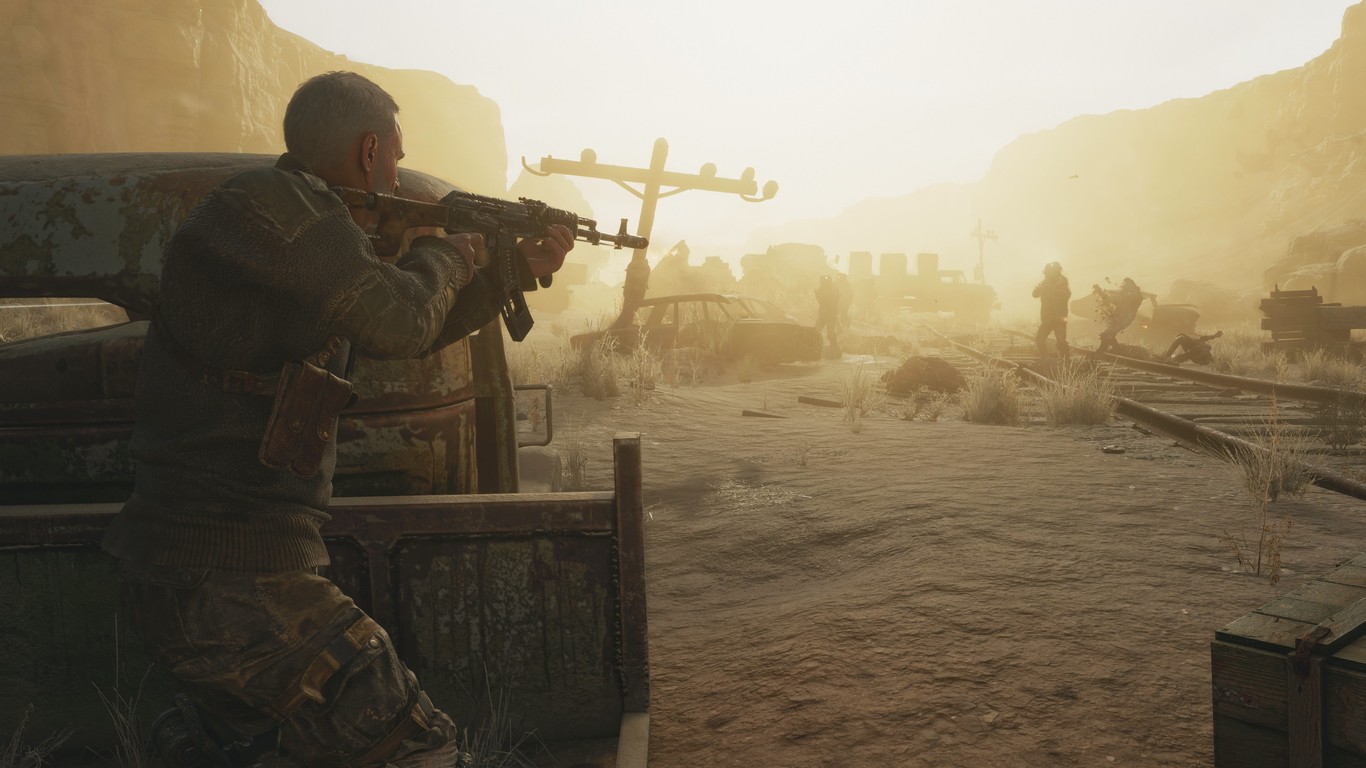 Also, the main Metro Exodus missions are very well executed, but the same cannot be said for the secondary ones. The characters that we will find we will recommend areas to explore with different objectives and, well, not all are bad, but there are some that are really dull and that do not contribute absolutely nothing to the plot and is not that they provide a great benefit, because some allow to obtain an improvement for the equipment or the weapons and others not even that, giving the impression that they are a bit of filling.

For the rest, the facial animations of the characters is not that they are to shoot rockets, although what is magnificent is the design of the abominable creatures that we will find. All of them present a really terrifying aspect and what impacts the most is when they jump on us and we have to get out quickly so they do not devour us, witnessing their faces, teeth, gestures, etc., as if we had them in front of truth.