It had been rumored for a few months and has finally become a reality. While other brands flee the Supersport segment, in Akashi they still rely on medium-capacity sports bikes and launch the new Kawasaki ZX-6R Ninja.

Thought to dispute the victory to the Yamaha YZF-R6 in the Supersport World Championship, the new ZX-6R introduces a number of changes inherited directly from the ZX-10R with which Jonathan Rea has been proclaimed four times World Champion of Superbikes. 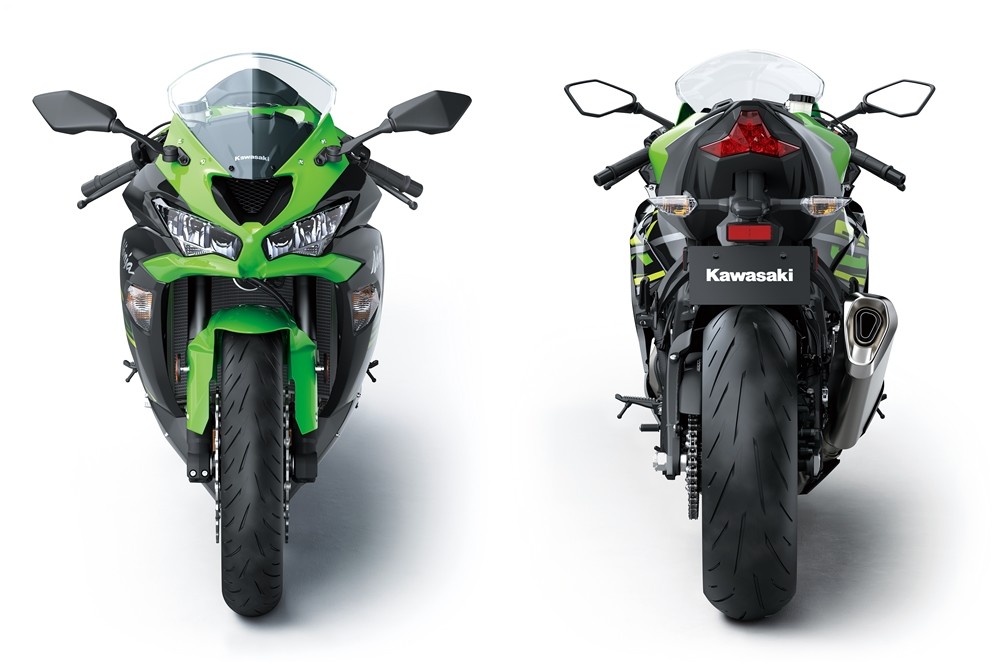 On the outside the ZX-6R Ninja becomes even more aggressive, with a penetrating front fairing that closely resembles that of the ZX-10R with two polygonal headlights and a large central filling mouth above them to capture as much air as possible. the admission The turn signals are now integrated into the sides of the fairing.

The rear end retains the same general guidelines as hitherto with a sharp rear tail, a passenger seat reduced to the minimum expression and a driving position unmistakably to the attack. Although to tell the truth, the aesthetic section reminds us a lot of the Ninja 400. 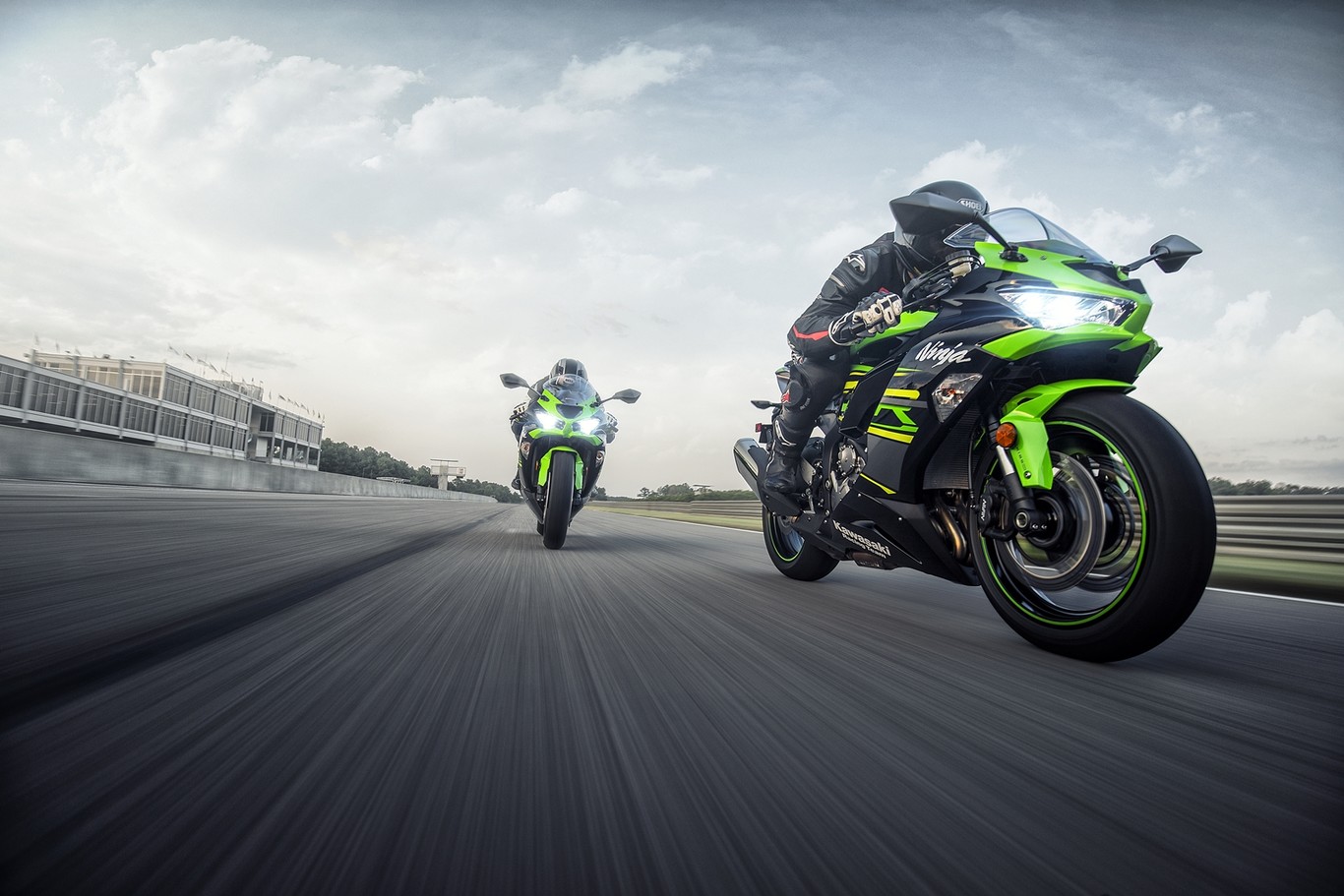 Inside we are the same engine of four cylinders in line and 636 cc but now complies with the Euro 4 standard. The measures introduced to meet the requirements of emissions have increased their weight in running order to 196 kg but the power it remains in more than generous (and perhaps optimistic) 130 HP and 70.8 NM of torque (136 HP with the Ram-Air).

At the chassis level, the double beam steel frame in aluminum has been revised to allow it to be an even more precise machine, keeping that asymmetric swingarm really massive in the rear area. The suspensions used are a Showa SFF-BP inverted fork together with a mono-shock absorber from the Uni-Trak and an Öhlins steering damper (optional) to appease the reactions of the front wheel. 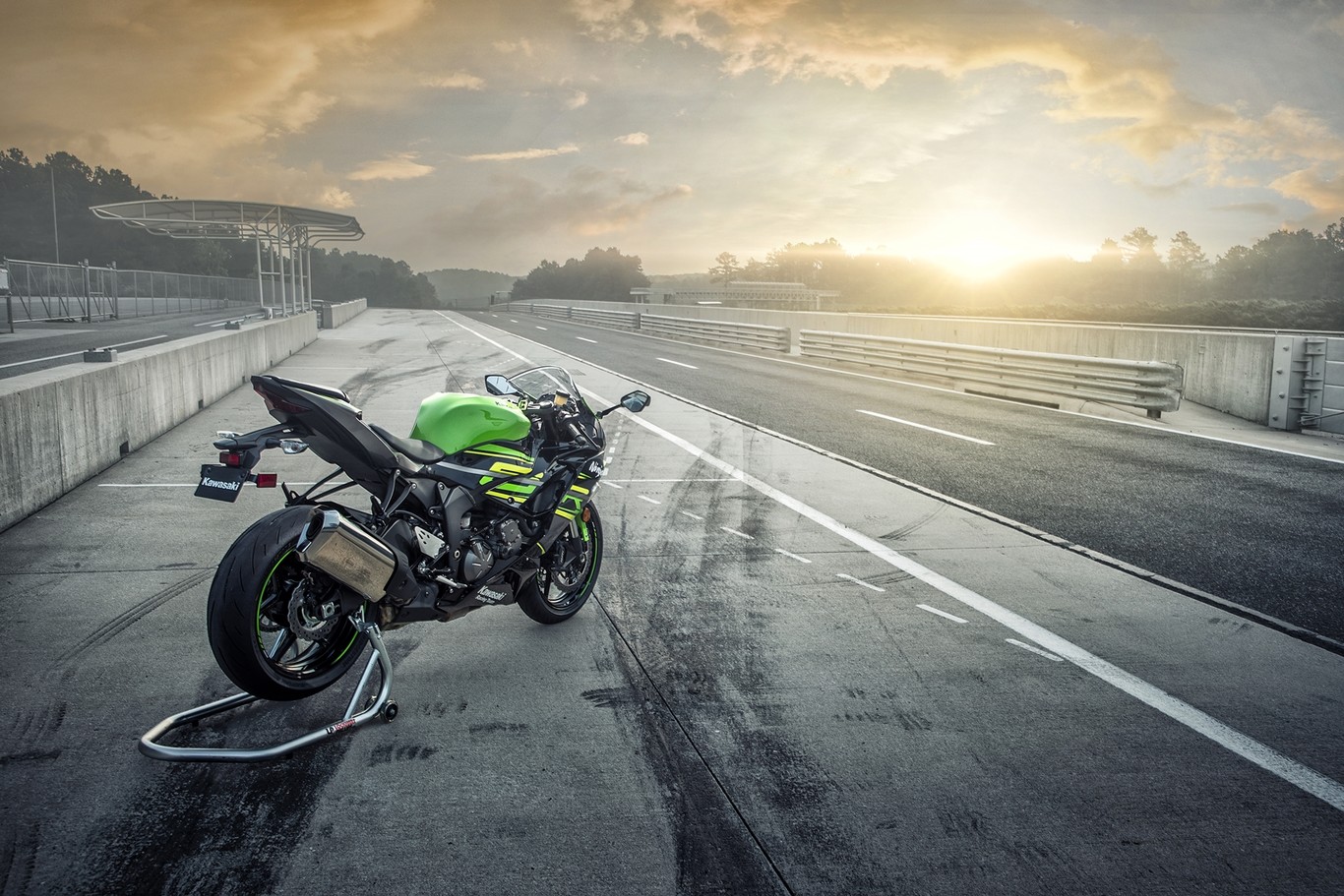 The braking system has a powerful front axle with double 310 mm disc bitten by Nissin monobloc radial anchor clamps and four pistons commanded by a radial brake pump. A new assisted clutch has also been included to make the drive even smoother, maintaining the anti-rebound system.

As usual in good sport worth its salt, the Kawasaki ZX-6R Ninja is equipped with the latest technology available. The semi-automatic KQS change (only for gear up), the KTRC traction control, adjustable in three positions, the ABS KIBS and the two power maps (Full Power and Low Power) are equipped as standard in this last-batch Supersport. 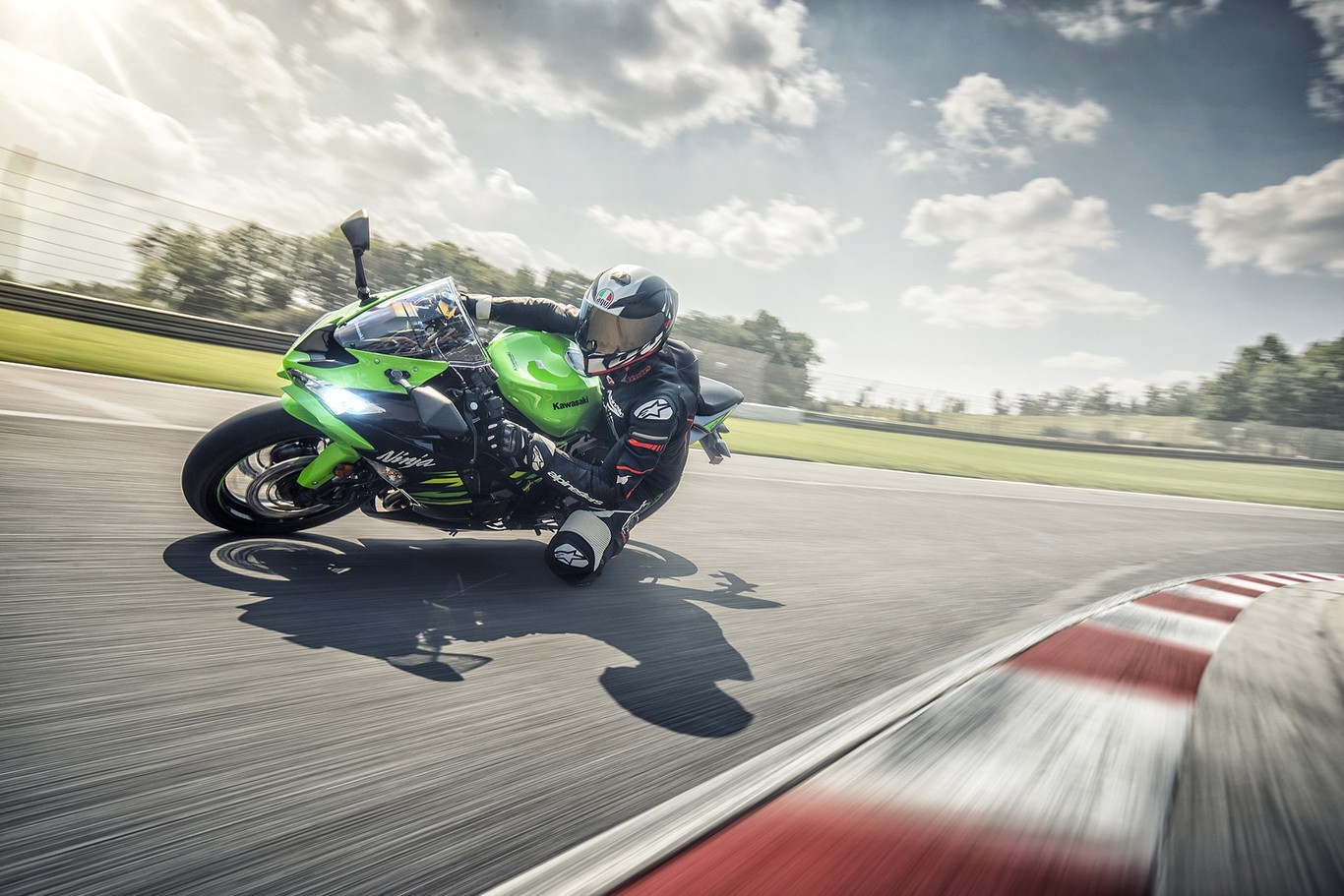 The control panel is also completely new with an instrumentation that remains true to the analog for the revolutions clock while a double digital display shows all the necessary information (gear engaged, clock, status of the electronics, speed, fuel level, temperature, chronometer, partial …

The Kawasaki ZX-6R Ninja will be available in two decorations (green / black / gray or black / black). There is still no estimated date for arrival at the dealers or price, but we do know that there will be a limited version for the A2 card with a maximum of 97 HP and 59.8 NM.