Today we will talk about the continuation of the epic saga about the Spartans in space – about Halo Wars 2. This story has been going on for more than 15 years, and still has not lost its relevance. This month we will see its continuation in a new format, so today we publish a review of Halo Wars 2, which will tell you about the plot and gameplay, troops and multiplayer, and explain why the game is so popular.

Genre is a real-time strategy, and this is the main difference between Halo Wars 2 and the previous parts of the saga. The developers promise that the updated version will have multiplayer, a new game mode called Blitz, fresh maps, a modern engine with improved physics and game mechanics. Instead of a thousand words, we recommend watching the trailer of the game and feel the scale of the second part of Halo Wars.

We are waiting for the continuation of the first part of Halo Wars in a new wrapper. The network has already appeared gameplay trailers, where you can see how the battles between the UNSC and the covenants are taking place. In general, everything looks like a normal strategy, so let’s see how much the developers will be able to surprise the fans of the series. 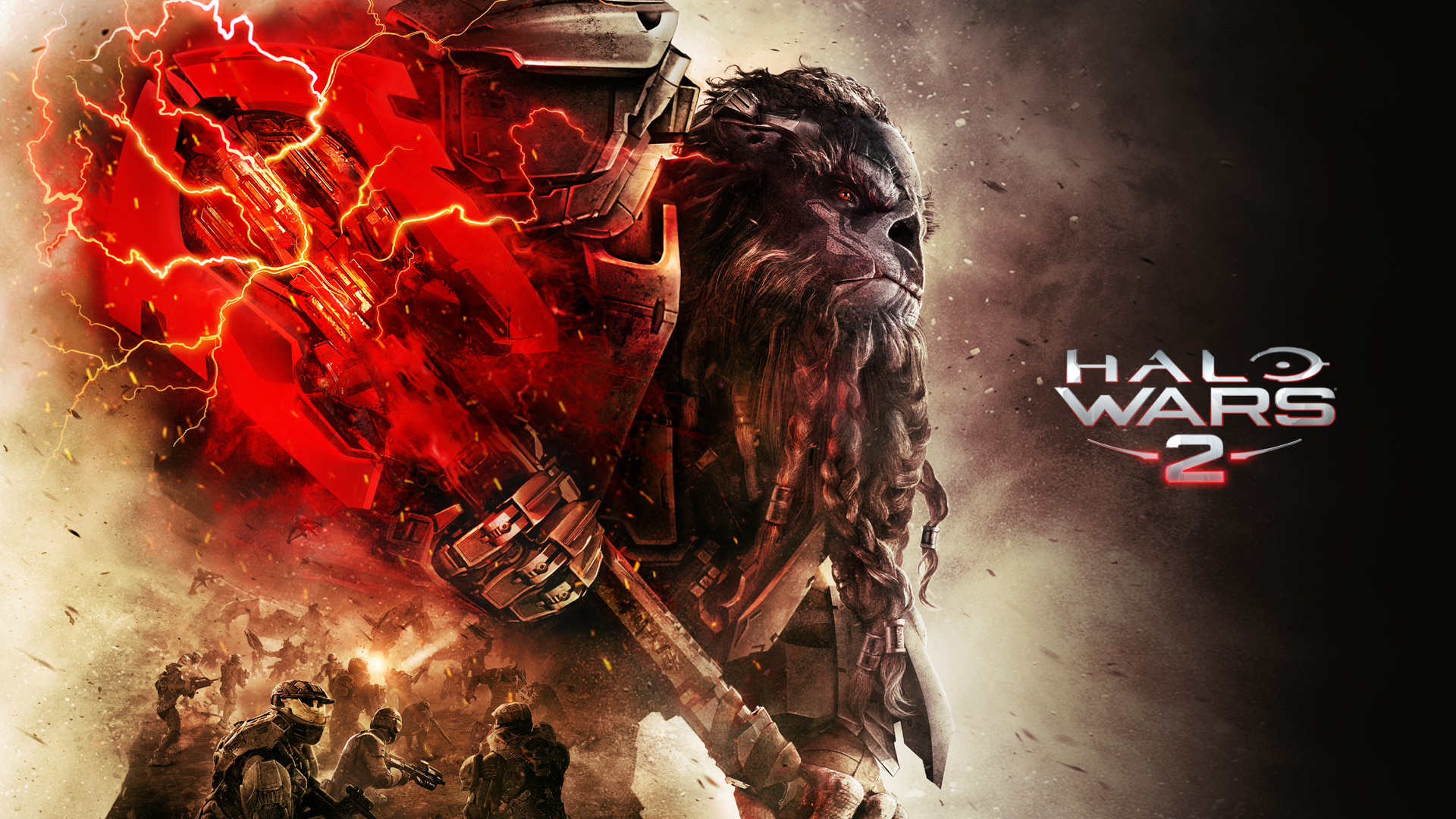 Pre-History of The Space Epic

For those who do not know, recall the main points of the background: it all begins several hundred thousand years ago, in the time of the existence of mysterious Forerunners, who occupied the galaxy and quietly lived and evolved. At some point, they collided with cosmic parasites – the Stream, destroying all life.

As a result of the heavy war, more than 90% of the race died, and the rest finally made weapons that could stop the parasites. But the strength of the weapons was so great that the remaining representatives of the race died – all living things were destroyed for hundreds of millions of light years from the site of activation. The forerunners prepared themselves in advance and hid the DNA in order to have at least some chance of reviving the race.

Fighting in the Halo universe unfolds between three sides – people, the empire of covenants and the creatures of the Stream. The empire is a union of alien races, some of which are in the position of slaves, and some are in the position of the hosts. And the history of Halo begins with a clash of covenants and people on the outskirts of space, large-scale cutting and defeat of people in that battle.

More details about the history and war of earthlings with covenants – in the books and games of the studio Microsoft. We will not waste time and will tell you about what will be in Halo Wars 2.

At the end of the first part, the spaceship Spirit of Fire remained drifting in space, and his crew was lying in the cryosphere. The second part begins with the awakening of the ship’s crew in 28 years. It turns out that the “Spirit of Fire” was near The Ark or Arka, the place where the Halo rings were created.

Under the leadership of Capt. James Cutter, the scattered forces of the earthlings are taking battle with the numerous and brutal army of mercenary covenants, who call themselves the Exiles themselves. A group of enemies is commanded by the one who met in other parts of the franchise, the commander Atrioks is a cunning and cynical warrior from the Jirralhanaev class.

It is known that in the new part of the game on the Halo universe there will be no fundamental differences with the predecessor on such criteria as race, combat mechanics and construction. The principle of management, tactics and strategy are similar to similar strategies in real time – you need to accumulate resources, build units, build a base and destroy the enemy.

The gameplay of a single campaign will consist of 13 missions available for passage through the Space Command of the United Nations or exiles. The developers promise that races and classes of people and covenants will be available.

People – representatives of KKOON and heirs of the Forerunner, are available …

Covenants – evil aliens who want to destroy and work the Earth, are available …

Also, the developers promise that the game will be implemented technology and infrastructure forerunner. We assume that it is for them that the main battles will take place in the plot.

Unlike the first part, now there will be a network mode in which will be available:

Halo Wars 2 is the continuation of the first part in a new wrapper. It is very encouraging that the main classes and characters have not changed, as the developers do not deviate from the plot that started more than 15 years ago.

The Halo universe is popular – it’s a fact. At that time it was a breakthrough and a masterpiece that attracted millions of fans of the awesome graphics, an interesting story and powerful gameplay. The game immediately became the brand that Microsoft used. And, most likely, this is the only game of its kind, which turned out to be successful and was continued not only on the PC, but also in books.